A3 print of Coppi on the Isle of Man 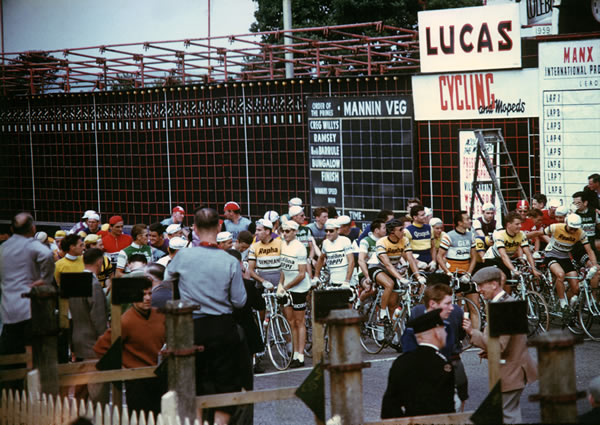 Coppi on the Isle of Man

In 1959 the great Fausto Coppi, unmistakable at the front of the picture, rode the Manx Premier in the Isle of Man with fellow Tour de France winners Jacques Anquetil and Louison Bobet. The cream of the continental peloton came with them to line up against the first wave of British professionals.
Details

One of three A3 art prints by the pioneering photographer Dennis Lowndes exclusive to www.cyclinglegends.co.uk. Dennis was from South Yorkshire and was working with colour film from the early 1950s. He never sent his photos to magazines or newspapers, but took them for love, content to capture the spirit of British cycling, from clubs runs to champions.