Cycling Legends interviews are sponsored by:

First encounter of the twin kind


An interview with Adam and Simon Yates when they were 17 years old.

In 2010 I went to Bury to do ‘Ride With’ feature for Cycling Weekly. We did one every week and tried to mix past, present and up and coming riders in equal proportions. The Yates twins were definitely in the latter category, so I thought it would be interesting now they are two of the best riders in the world, and especially with Simon Yates leading the Giro d’Italia, to look back at the interview portion of the story I did with them. 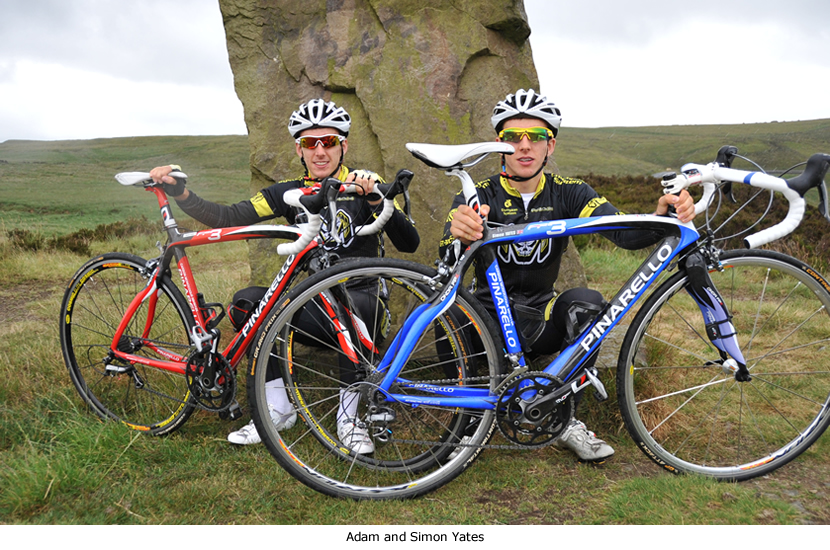 They wanted to be professional riders, simple as that, and the path they saw to achieving it was through British Cycling’s performance programme. They were on the Olympic Development squad, and “The (under-23) academy is the next step,” Adam said.

He was the spokesman back then, 26 seconds older than his brother, and he’d had his nose just in front of Simon’s ever since they started cycling, but not by much.

They were so close, they spent so much time together, sharing the same ambition they would often finish each other’s sentences.

“He got on the Talent Team before me,” Simon pointed out. “I was upset because I didn’t get on at the same time, but not because Adam got on, he deserved it. What made me mad was that there was others who got on who I didn’t think were as good as me. We both deserved it basically,” he added. 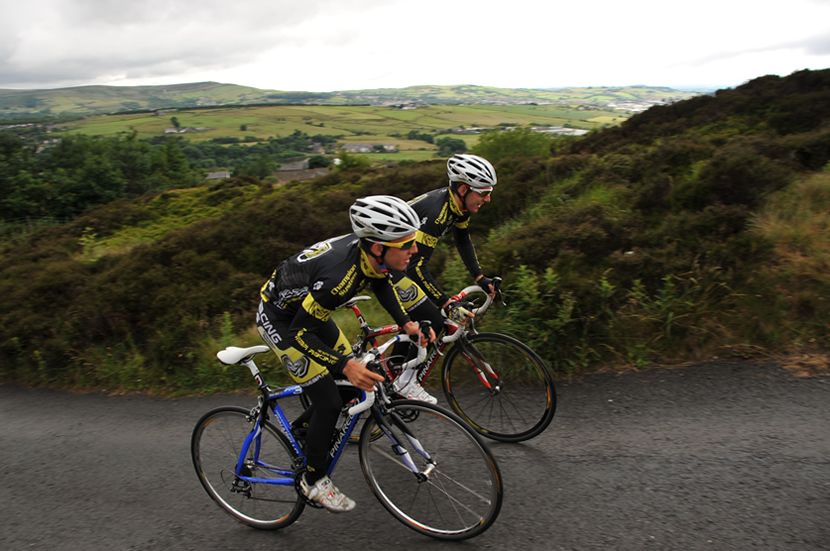 They got into cycling through their dad, John who took it up when his fell-running knees gave out. “Then I got knocked off my bike and some of my cycling mates took me to watch some racing at Manchester Velodrome. I started going regularly, just to watch, and I took these two with me one night. Of course they wanted to have a go, and we haven‘t had any money since,” John told me.

John and his wife Susan took Adam and Simon to every race they needed to ride, road and track. And although they were getting some help with equipment by 2010; road and track bikes, special race wheels, kit and race entries, and all of it times two, throw in the van they had to buy to accommodate everything; it hadn’t been cheap.

The twins joined Eastlands Velo, the club for youngsters based at Manchester Velodrome that funnels riders into Sportcity Velo and the Maxgear team. They were coached by Eastland’s Alan Mason, then one after the other the twins entered British Cycling’s performance program.

They were doing Btech National Diplomas in sport in 2010, but with little enthusiasm; they wanted to be pro bike racers, nothing else. “We think there are more opportunities to do it now than there might have been before,” Adam told me with conviction, Simon agreed. 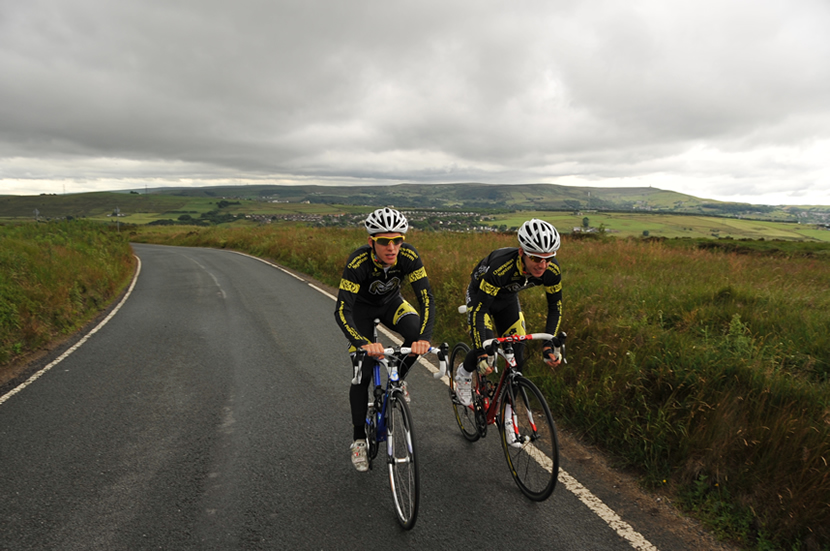 The ride
The ride they chose was inherited from their dad. “You have to ride a bit through Bury first, but after that there’s not much traffic. When they started going out on their own they stuck to this circuit and I knew where they were, so it wasn’t such a worry for us,” John explained.

“Now we do it because we enjoy it. Like Dad says, there’s not much traffic but they’re good roads for training. Up and down all the way, and you can stick different loops on to make the ride longer, Simon said. "We’re good at short steep climbs, like the ones on this circuit,” Adam pointed out.

The longest climb was Pick-Up Bank, I just checked on the OS map and it’s 800 metres long with an average of eight percent, but there’s a 20 percent kick near the bottom. From the top there’s a good view of Blackburn. Plus, in the very far distance, “You can see Blackpool tower,” John told me. And you could see it; just.

Listening to the twins was fascinating. They are different now, each his own man, but they were two sides of the same coin back then. 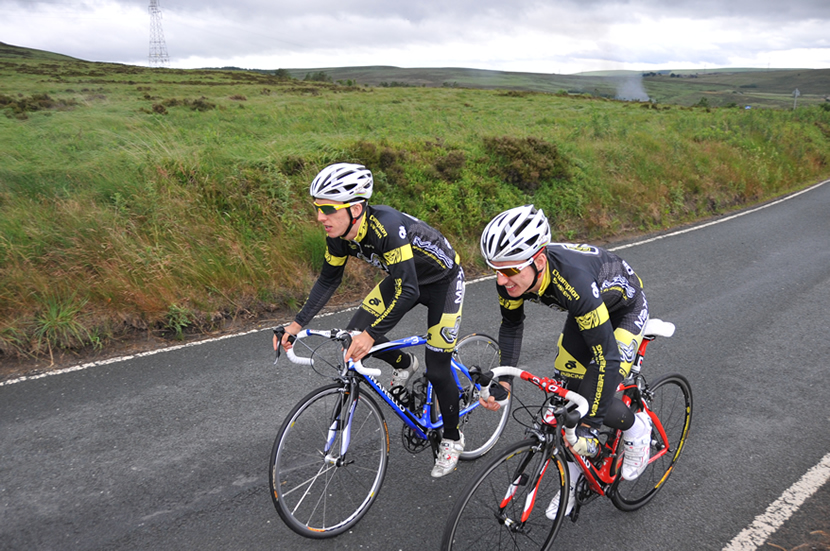 “When they were really young and they wanted to reach something high up, one would kneel down and let the other climb on his back to get it. It didn’t matter which one, they did it instinctively. Whoever got there first knelt, and the other climbed up,” Susan told me before we set off.

Adam was leading the junior national road race series, with Simon in fourth place. Adam also had more points than any other rider in the UK in 2010, senior or junior. A fact he put down to “Being able to win sprints from small groups.”

I asked did they chase each other if only one of them got in a breakaway? “Never,” they replied together.

So I asked, was it a case of whoever gets into the breakaway first wins? “Yeah, it is a bit,” said Simon, then Adam took over. “In a race in Dover we actually attacked at the same time on opposite sides of the road. We hadn’t planned it, it just happened. It was good, the others didn’t know who to chase.”

The world junior track championships, where Adam wants to try for the team pursuit and bunch races and Simon just the bunch races, was their big aim in 2010. They said they would love to ride the Madison together. 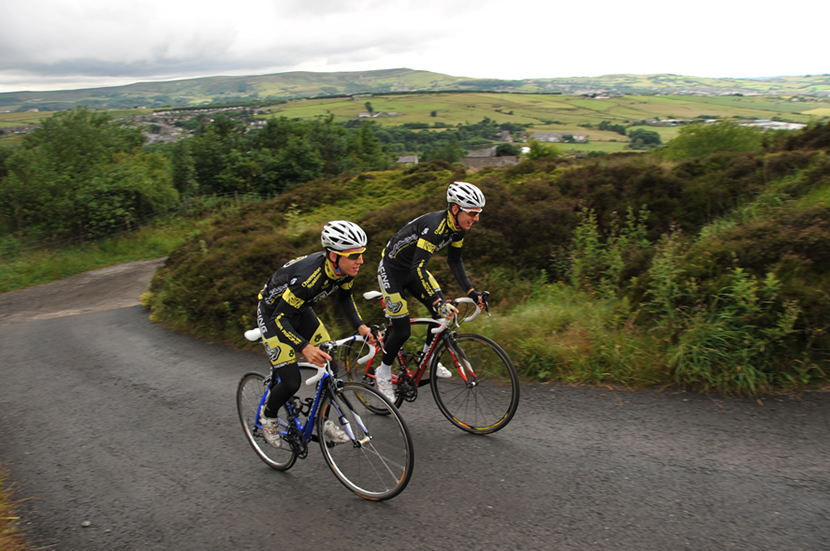 Long term their ambition, and they said this together, was “To get in a Pro Tour (World Tour) road team.”

They had the same favourite pro rider, Andy Schleck.

I used to ask young riders what race would they want to win most if winning could be guaranteed. They both put an Olympic medal above a road classic or Grand Tour stage. I suspect that’s changed.

Looking to their immediate future Adam said; “We’ve both applied for the under-23 academy for next year and I hope we get on. But if we don’t, it won’t put us off. We’re still going to push forward and could maybe get in a pro road team here (in the UK). The racing looks good and we’d certainly go ok in the pro criteriums.”

“It doesn’t matter where we go, where we live, so long as we make it,” Adam said as Simon nodded in agreement.

At the end of the original Cycling Weekly piece I wrote; “They’re a force of nature these two, watch out for the flying Yates twins, they’ve got a very bright future.” And for once I was right. 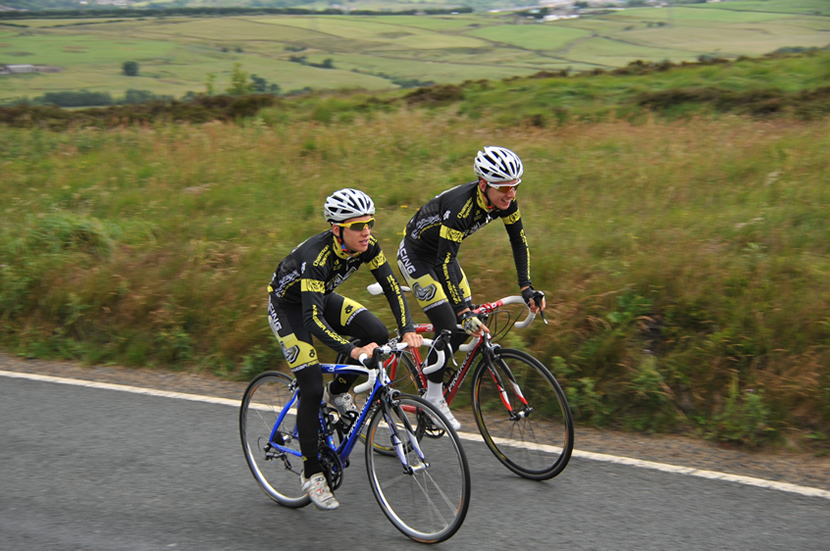