Regular Cycling Legends photographer Andy Jones has captured big moments from the Olympic Games and the Tour de France, but he also has an eye for the back story and for intimate moments, as his selection of photos from the last 12 months proves.

These photos represent a mix of my favourite moments from 2018. They aren’t in any particular order, not even in time, but they represent moments, big ones and little ones, I’ve enjoyed and managed to capture. I'd like to share them now with you now. 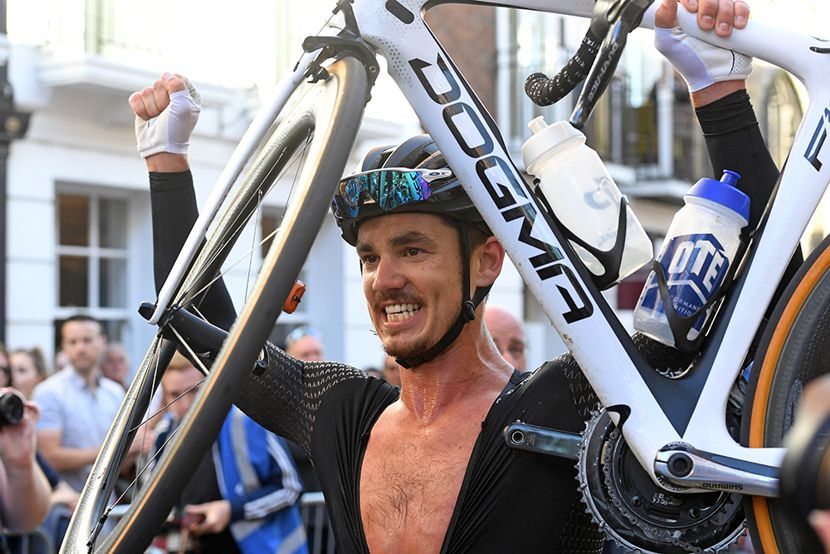 I think this one shows that winning the Lincoln GP in May meant a lot to Alex Richardson. A moment
charged with emotion. 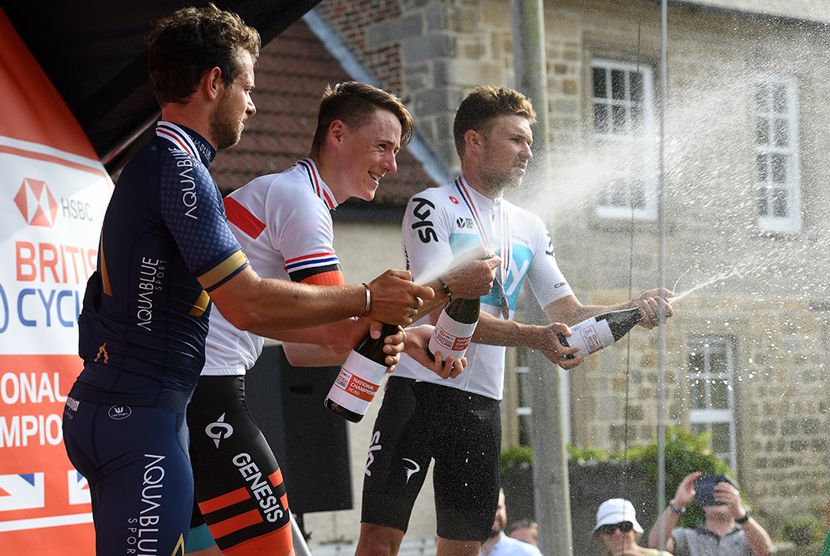 Connor Swift, Adam Blythe and Owain Doull on the podium at the National Road Race Championships in
Stamfordham at the beginning of July. 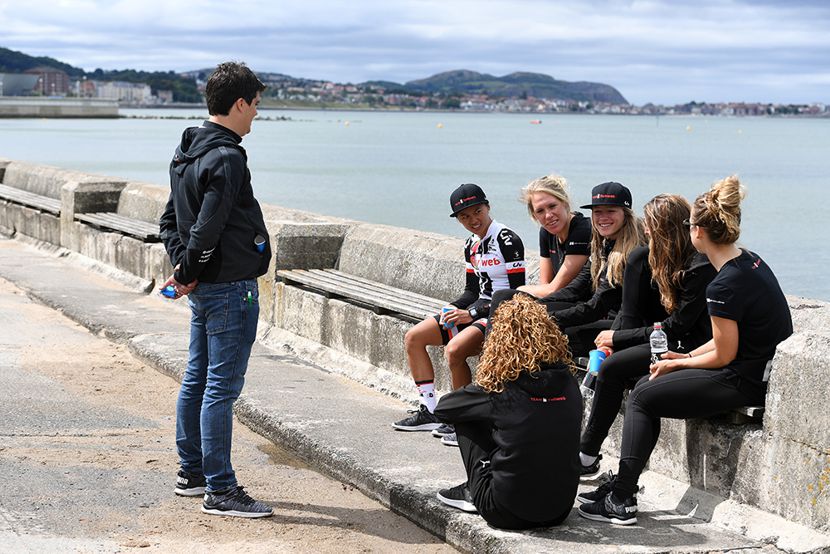 Women's Tour winner Coryn Rivera and her SunWeb Team alone togther on the Colwyn Bay seafront,
having a quiet moment to reflect on the race. 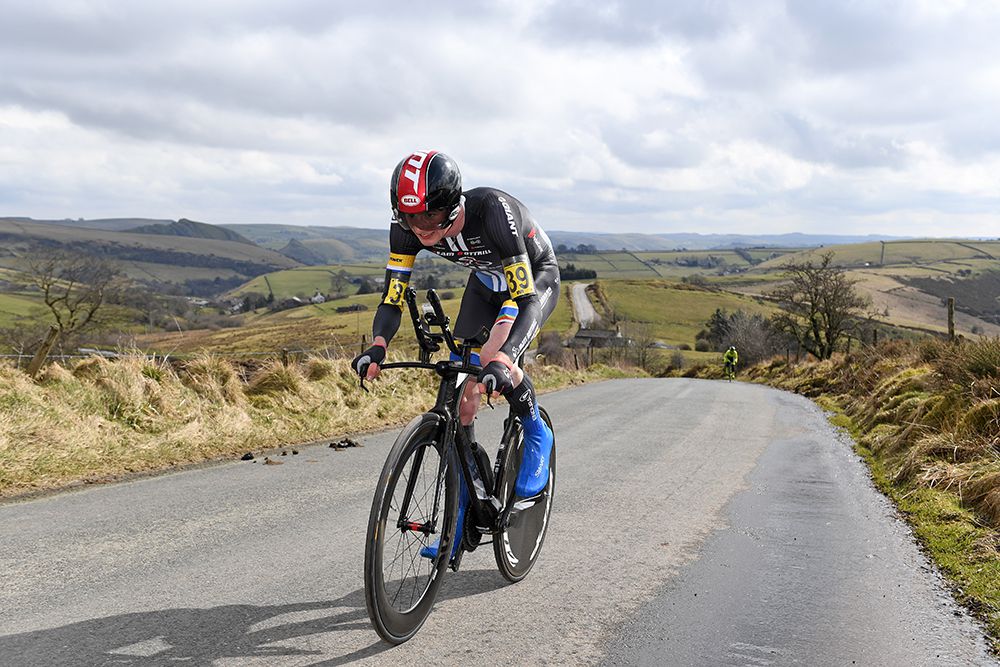 George Evans on his way to winning the Good Friday Buxton Hilly time trial back in March. I always like this
race, it’s in the Peak District, which I love, and the course has great photo opportunities. 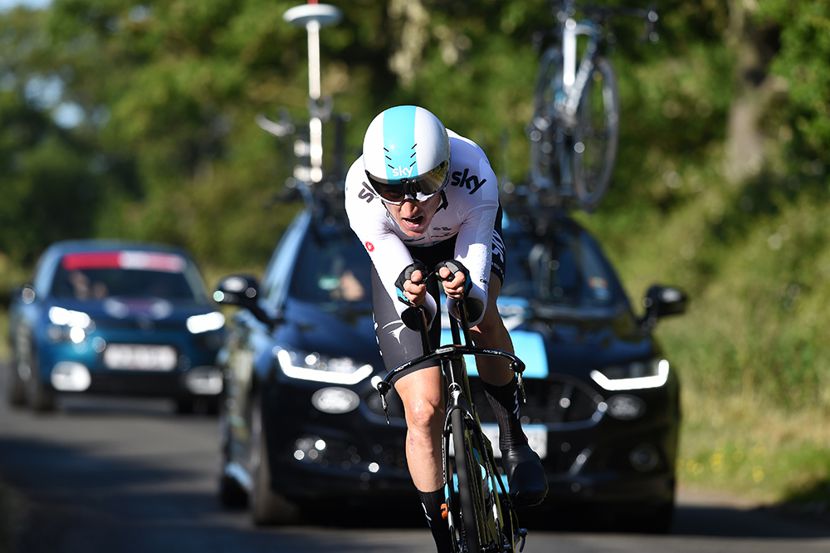 Geraint Thomas puts in a winning performance at the National Time Trial Championships at the end of June.
The way he looked, the margin he won by, and his high average speed on what was a trick course
showed he was ready for the Tour de France. 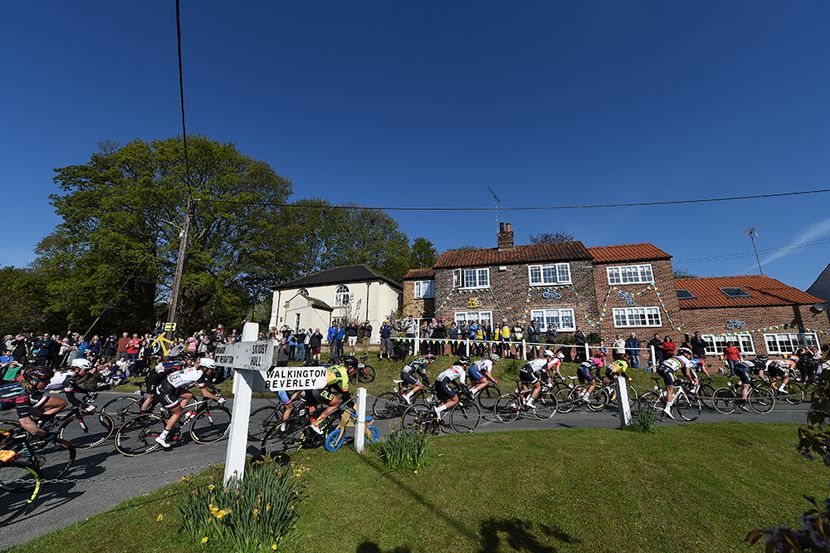 The Women's Tour de Yorkshire passes through Little Weighton on stage one of the race
on a lovely day at the beginning of May. 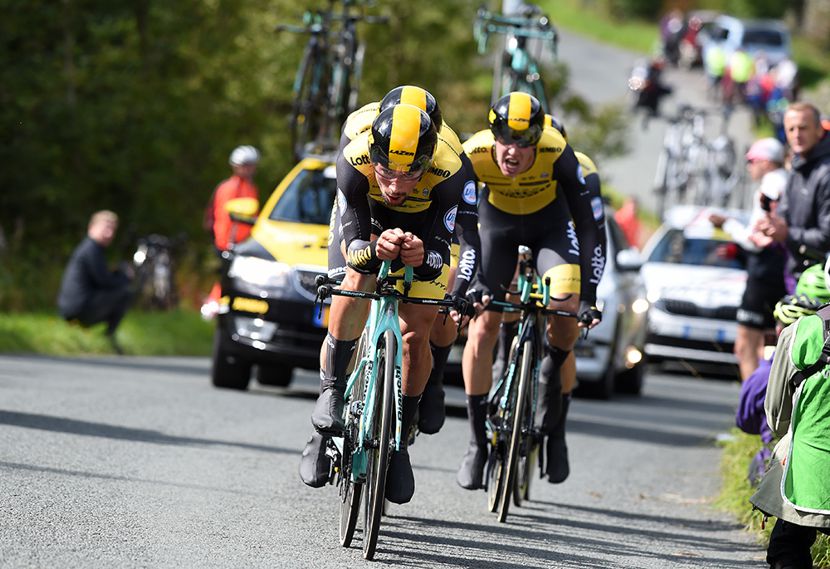 Primoz Roglic leads his Lotto Jumbo team to take team time trial victory at the top of Whinlatter Pass on
stage five of the EVO Energy Tour of Britain. 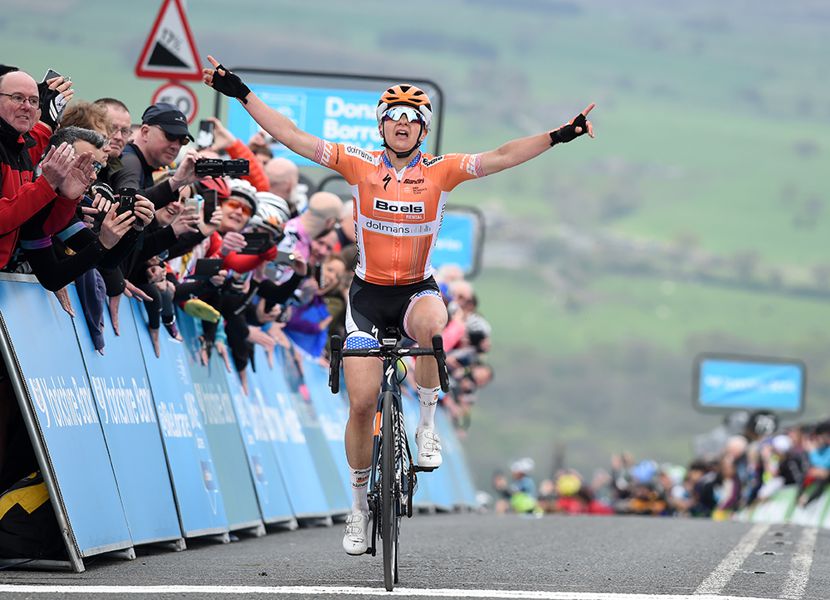 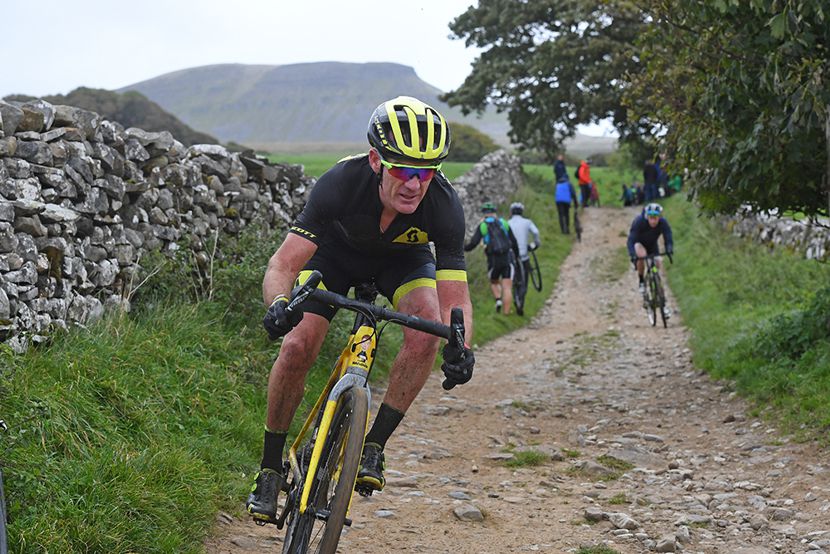 How many photos have I taken of Nick Craig? I love this one as he descends Pen-Y-Ghent during
this year's Three Peaks Cyclo Cross at the end of September. He was fourth overall in the race, despite
being well into his veteran years. 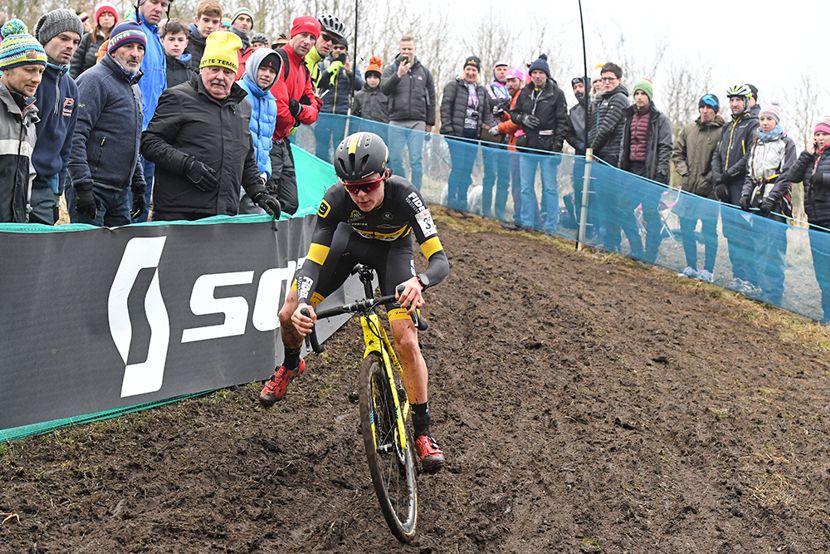 All eyes on Tom Pidcock, the focus of the spectators at the National Cyclo-Cross Championships at
Hetton Lyons Country Park, Consett back in January, where he took the U23 title. 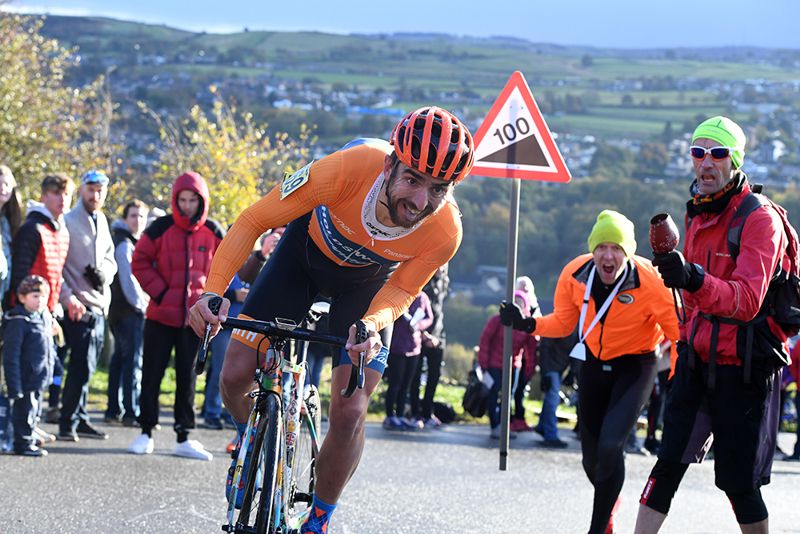 There’s lots of life in the old dog yet. Russ Downing (Holdsworth) had an end of season blast up
Pea Royd Lane, Stocksbridge, Sheffield, venue for the National Hill Climb Championships at the
end of October. Russ is always a great subject, he always gives everything he’s got, and I hope he
carries on racing for many years to come. 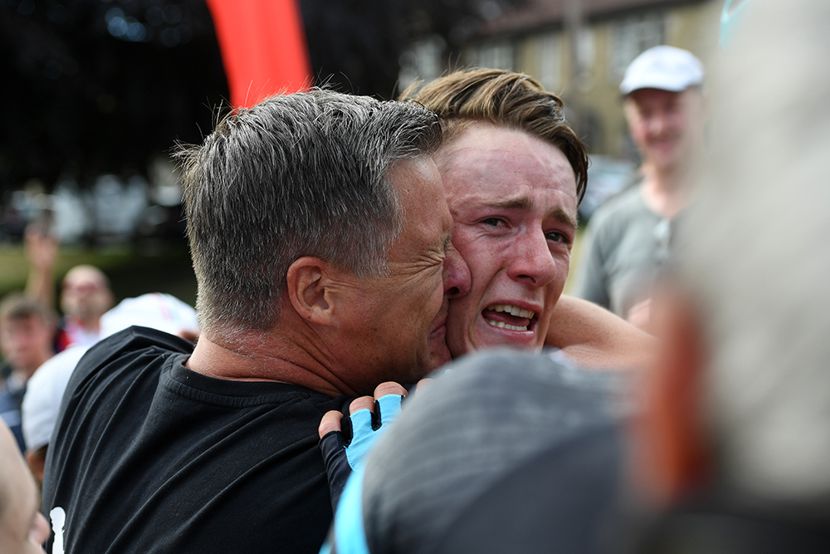 Connor Swift and his dad share the emotion of winning the National Road Race title. 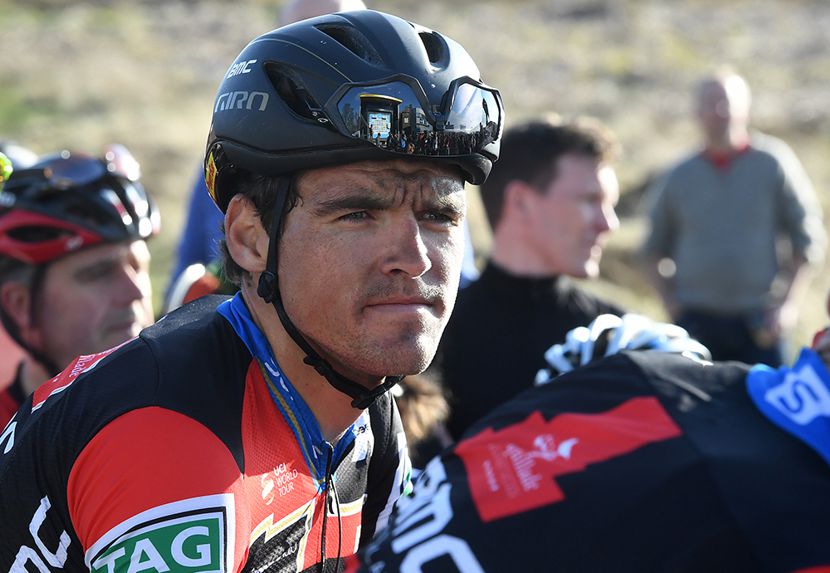 A reflective Greg Van Avermaet after the stage two finish on the Cow & Calf, Ilkley. The
presentation podium is reflected in his glasses, a position he would see himself on by taking the 2018
overall win after the final stage in to Leeds.

All the best to all of you for 2019, and I’ll see you out on the road somewhere next year.