The double whammy finish of stage ten of the 2018 Tour de France.

Look south-east from Geneva and you stare straight into the heart of the Alps. Back-lit by the morning sun, chains of jagged peaks grow ever upwards to the great white bulk of Mont Blanc. Cluses is 50 kilometres way, gateway town to the Col de Ramaz, Morzine-Avoriaz, the infamously steep Joux-Plane and the Col de Romme and Col de la Colombière. All of them famous Tour de France climbs and the last two the double-whammy finish of the first mountain stage of the 2018 Tour de France. 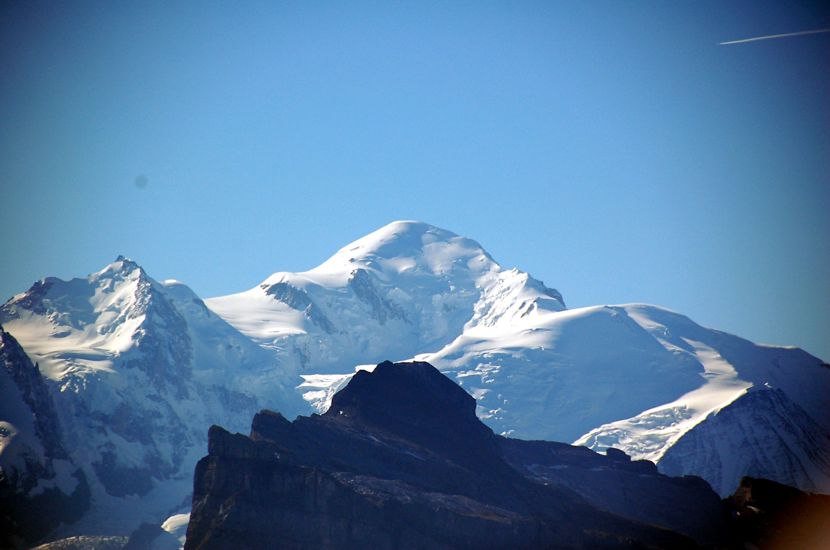 It’s stage ten, Annecy to Le Grand Bornand, a ski resort just over the other side of the Col de la Colombière, and it comes after a week of mostly flat racing, a tough cobbled stage to Roubaix, and a rest day. The race will have shape, but this stage should see an even bigger shuffle of the pack.

First time
The Col de la Colombière was first used by the Tour de France in 1960, when a Spanish rider, Fernando Manzaneque was first to the top, before winning the stage into Thonon-les-Bains by almost 13 minutes. It was Manzaneque’s first Tour and the first of three stage wins, all taken with long lone breakaways in the mountains. The Colombière had only recently been surfaced. Like many passes in this region its original use was for transporting goods outside of the law. 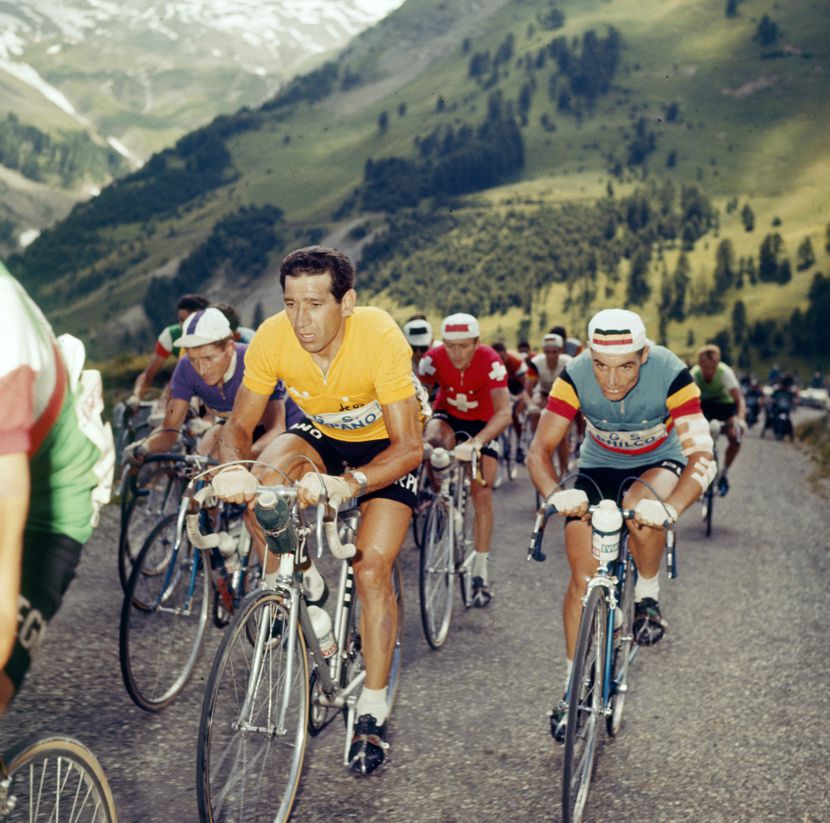 In the middle-ages and sometimes beyond, farms here were owned rich landlords. Each landlord owned several farms, each being run by a tenant, who paid their rent in produce. The main produce here was milk.

Milking was overseen by the landlord’s agent to ensure all dues were paid, but tenant farmers invented a subtle technique called ‘reblocher’ by which they pinched off the cow’s udder while they were milking to make it look like there was no milk left. This was used on selected cows, and when the agent left with the landlord’s milk, the farmer continued milking the cows he’d pinched off.
This milk was a little richer and was used to make a cheese called Reblochon, which the farmer sold illicitly around the district, dropping off orders using a network of secret passes like la Colombière. The passes were also used to transport a highly alcoholic drink called Liqueur des Aravis, made from Alpine wild flowers. The Liqueur des Aravis and Reblochon are still two of the most notable products made in this part of France. 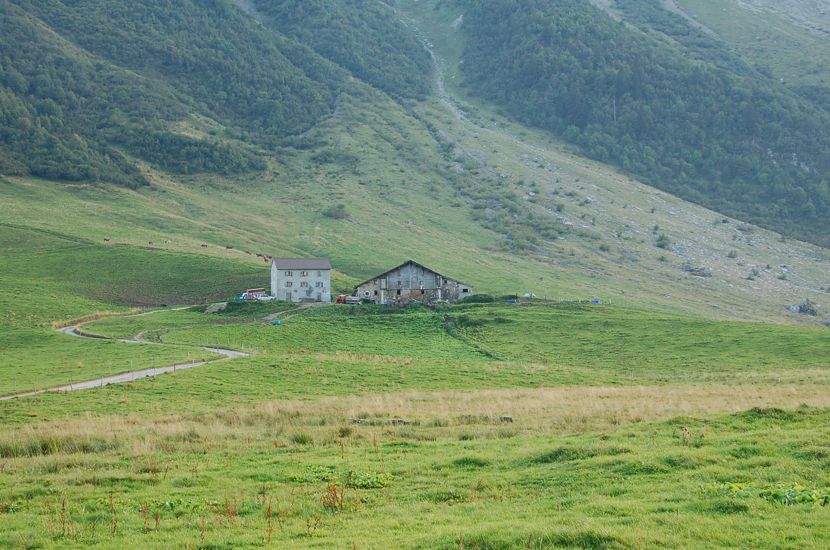 Mystery
A history of native cunning lends the Colombière, already a wild place, an air of mystery. The mountain areas south of Cluses, the Chaine du Bargy and Chaine des Aravis, are close to some big towns but you wouldn’t know it. The Col de la Colombière sits between the Bargy and Aravis chains, and only a few hundred metres outside of Scionzier, where the climb starts. 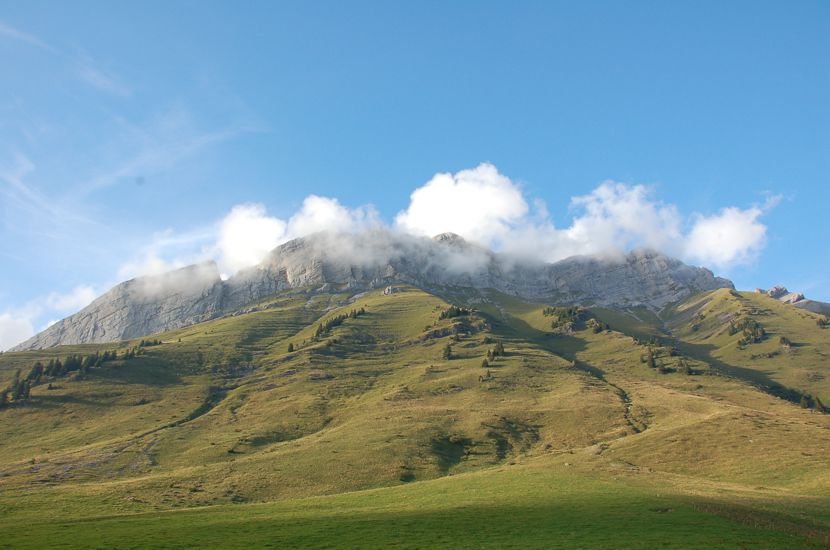 The first part of the Colombière follows a steep V-shaped valley cut by a stream called Le Foron. It’s a narrow dank place where little sunlight penetrates. The gradient is benign enough in Scionzier, but after two kilometres it kicks up to seven percent, then eight then back to seven again. This steep pitch is four kilometres long, and it makes for an oppressive passage between two huge rock walls.

Relief comes as the route bends right and eases to below four per cent for three kilometres to the only village on the climb, Le Reposoir. Originally a monastery founded by Jean of Spain in 1151, the village has resisted overtures to make it part of the Grand Bornand ski resort; partly out of a desire to preserve Le Reposoir’s pastoral loneliness, and partly because of the avalanche danger the steep valley sides present. 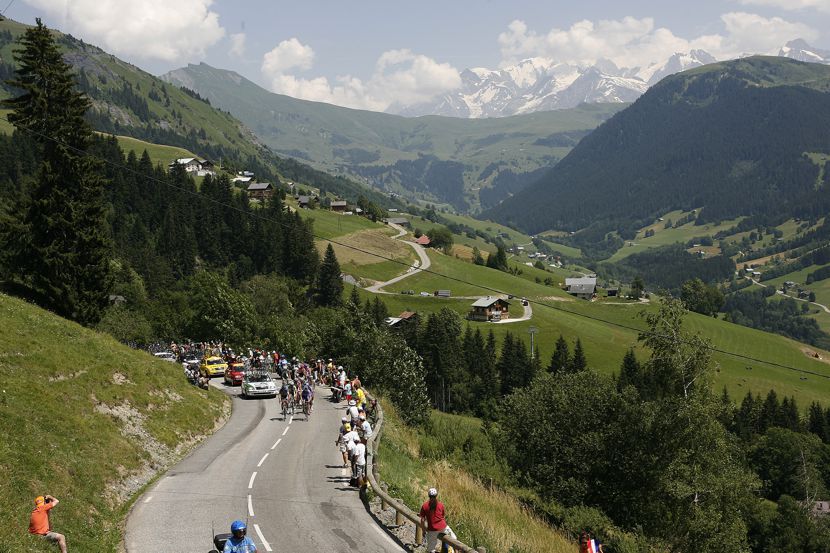 The double-whammy
The 2018 Tour de France misses the claustrophobic start of the Colombière, because Le Reposoir is where the Col de Romme descent joins the climb. The Col de Romme is still tough, and it has a five-kilometre descent, with a very steep and tight bend just before a narrow bridge.

Turn left in Le Reposoir and the race will be on the Col de la Colombière proper. The first section climbs up a series well-constructed hairpins and straights with an average gradient of eight per cent, but the bends are much steeper. Hitting this after the mid-climb descent is tough, and at race speed it will hurt. The gradient doesn’t drop now until the top, which is seven kilometres away and gets steeper as the climb goes on. The valley opens slightly, but all that does is show how far there is to the top. 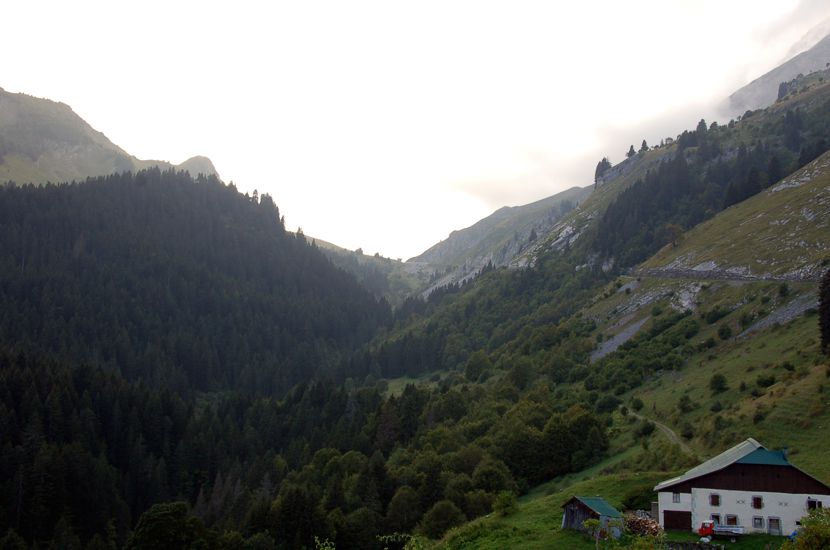 The valley sides reach 2000 metres here, with peaks above them; Pointe Percée is the highest at 2752 metres. It’s tough going, with just a couple of bends adding variety to the long slog. The last three kilometres are the hardest, as eight percent becomes ten, then 11 for the final kilometre.

The Col de Romme and Col de la Colombière double are a climber’s gift. In 2009 Lance Armstrong and Bradley Wiggins dropped from second and third overall respectively to fourth and sixth on this same Romme-Colombière finish. Their places were taken by Andy and Franck Schleck, who crossed the summit with the race leader, Alberto Contador. So three good climbers took over the lead of the race.

The road down to Le Grand Bornand is open, a lot smoother and better engineered than the climb of the north side. Anyone with a gap at the top of the Colombière should be able to keep it. That’s what happened in 2009 when the two Schlecks and Contador stayed clear with Frank winning the stage from his brother. 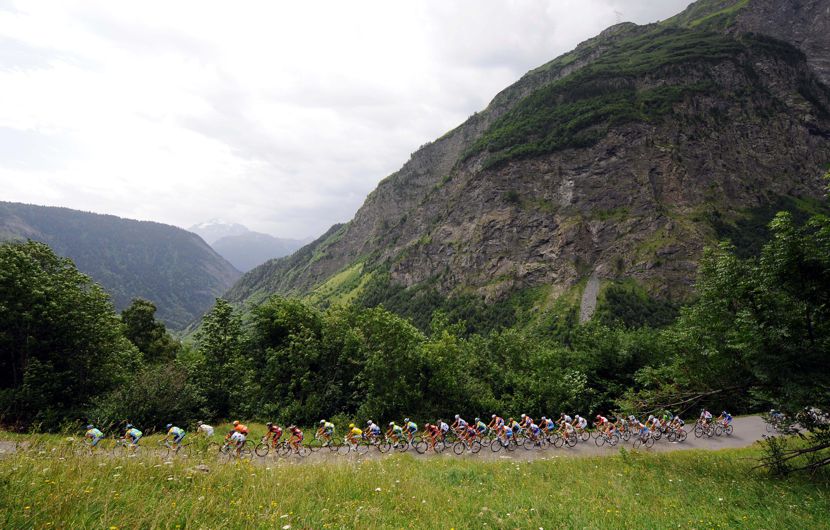