Some cyclists play down their training in case they need to explain a bad performance, some do it to mess with their rival’s heads, but this world champion did it just for fun.

Jean-Pierre Monseré was an absolute star, but one that shone so briefly his loss still hurts. He won his first big pro race, Il Lombardia in 1969 just weeks after leaving the amateur ranks. Even Eddy Merckx didn’t have a pro debut like that, and it took Merckx three seasons to win his first world professional road race title. Monseré did it in his first full one, winning the 1970 road race rainbow jersey in Leicester.

Monseré's future looked set, but fate stepped in when he was killed a freak racing accident in March 1971. He was a phenomenon, his lifestyle didn’t look anything like that of a dedicated professional bike racer. Stories about his ability to party, his love of fast cars and a luxury lifestyle abounded, and it was said that hardly ever trained. But it was all an elaborate hoax. 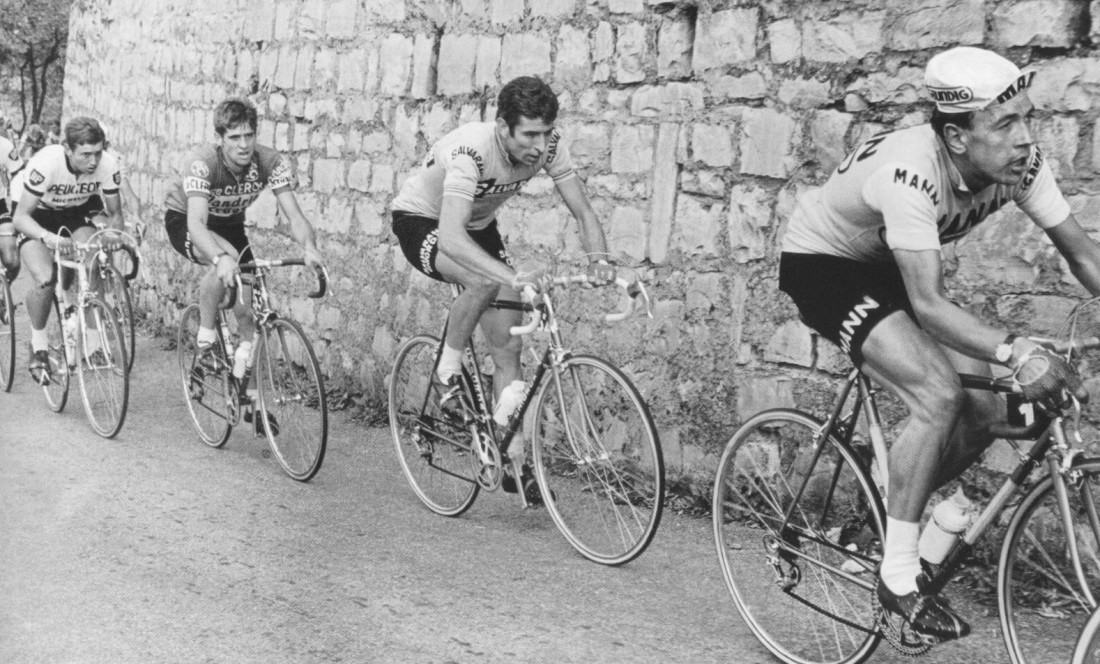 Monseré, third in line, in the 1969 Il Lombardia, which he won

Something Monseré took delight in, something he worked on to preserve the mystique around him. Maybe he thought it rattled his rivals, but more likely he saw it as a huge joke, because Monseré loved to laugh. Those who knew him best knew the truth, they knew he was very dedicated.

Freddy Maertens, a Belgian cycling legend in his own right, was one of Monseré’s closest friends. He’s slightly younger, comes from the same region, West Flanders, and they were related on a cousin level through marriage. Freddy knows the truth about ‘Jempi’, his nickname for Monseré, and about his training. This is what he told me when I was in Belgium to see Maertens for a feature in Cycle Sport magazine. 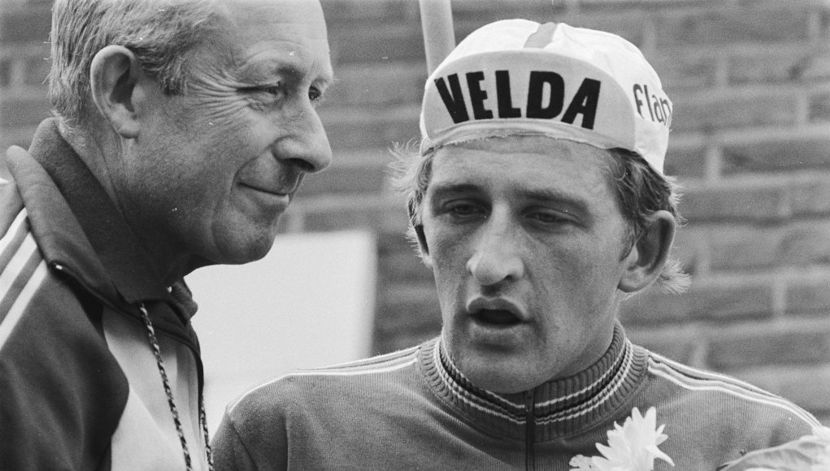 “Jempi was very dedicated and trained very hard. If you rode with him he killed you. Everything he did in life was full-on, so he rode his bike full-on. But a story grew up while he was still an amateur in which they said he didn’t train very hard, if at all, and it made him laugh so he tried to preserve it.

“Sometimes in the summer he’d arrange to train with some locals at 9.30am, but he’d get up before six o’clock in the morning, train for three hours then come home, get a shower and put on his dressing gown. When the guys called at 9.30 he told them he’d just woken up and didn’t feel like training that day. Then when they left he changed into fresh cycling kit and would go out and ride behind a scooter for another two hours.”

There will be a bigger feature on Jean-Pierre Monseré on www.cyclinglegends.co.uk next month.

Jean-Peirre Monseré is remembered in many ways, including his own annual bike race