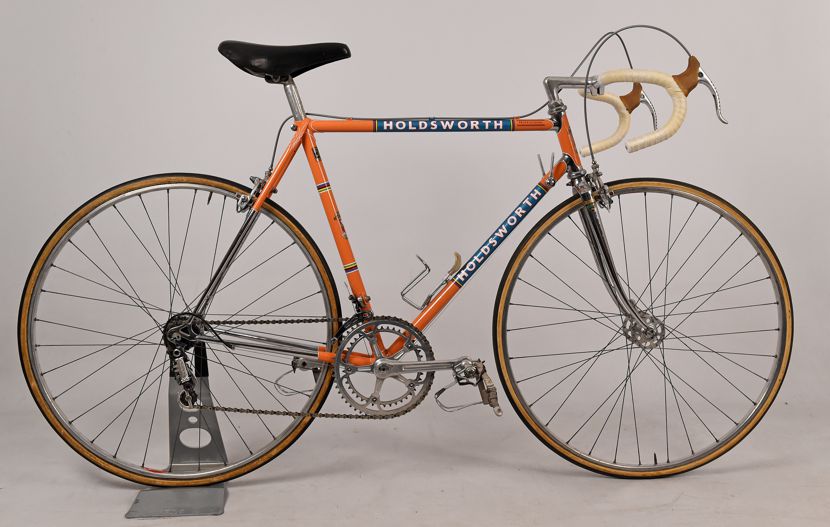 Most young bike racers know Keith Lambert as the manager of the British under-23 road race team, but for those who've followed the sport for longer he will always be ‘Legs’ Lambert, one of the most powerful riders of the 1970s and ‘80s British pro peloton. Lambert won 64 UK pro races between 1972 and 1987, including the British elite road race title twice; once for the Falcon team in 1980, and once for Holdsworth-Campagnolo in 1974 on this bike. 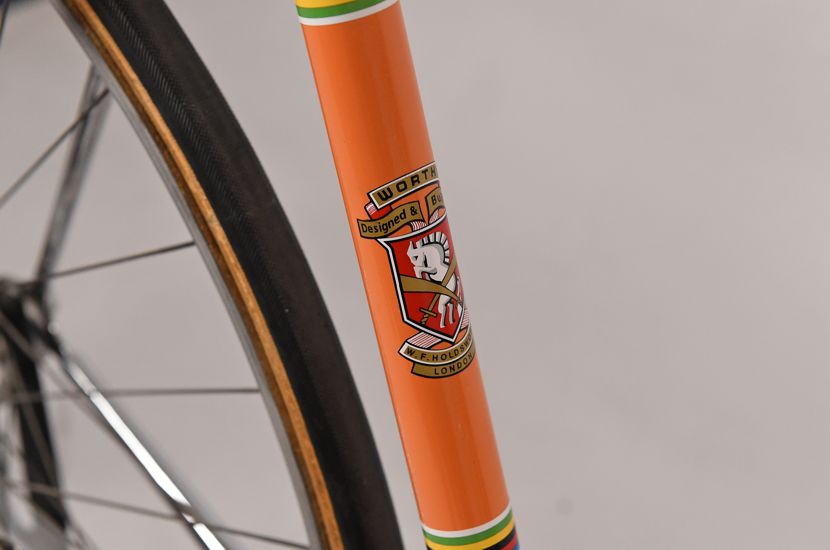 The frame is steel, custom built in-house by WF Holdsworth, the team’s main sponsor, from Reynolds 531 double butted tubing. The number 531 refers to the ratio of different metals in the manganese-molybdenum-steel alloy that the tubes are drawn from. Equipped with a Super Record group-set from 1974 Holdsworth team's co-sponsors, Campagnolo it is a seriously light bike for its era. 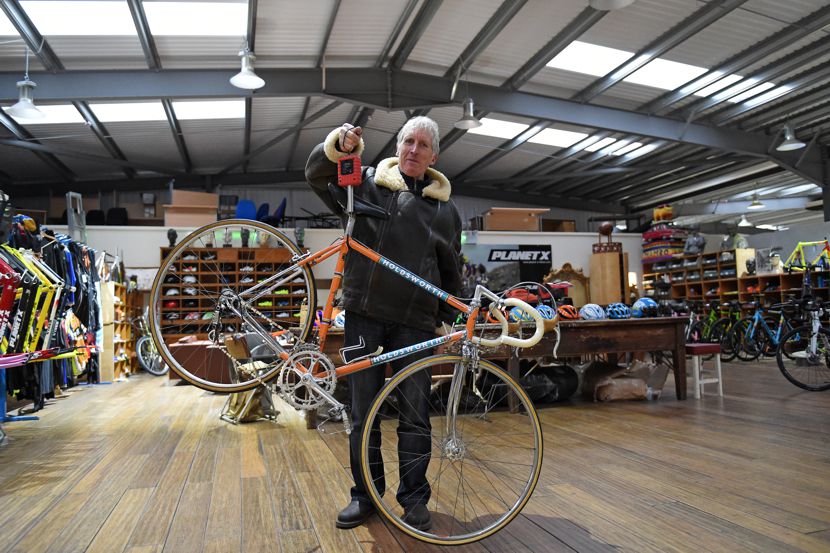 Lambert weighed it when we met where the bike lives now, at Planet-X in Rotherham, owners of the Holdsworth brand and sponsors of a new Holdsworth team, Holdsworth Pro Racing. “Just over 20 pounds,” he confirms. “I thought it was about that. Later on Holdsworth made some frames from Reynolds 753 tubes, which I know were under 20 pounds, and that’s light for a steel bike.”

Part of the reason for the low weight, even of the 531 model, is the use of Campagnolo’s 1970s Super Record group-set, which is not only a triumph of engineering, it's a thing of real beauty. 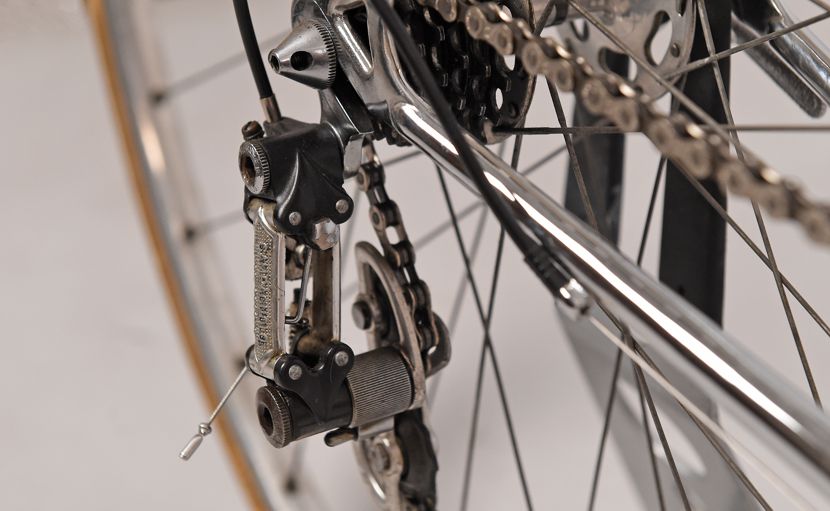 Reynolds 753 cut the Holdsworth-Campagnolo team's bike weight by well over one pound. It was still a manganese-molybdenum-steel alloy, but as well as the constituents being in different proportions, 7:5:3 instead of 5:3:1, the tubes were heat treated after formation and their walls were much thinner.

Thin-walled tubes put a huge burden on frame builders because 753 tubes could only be brazed, either in lugs or by using lug-less joints called fillets, at less than 700 Celsius and using an alloy that was 56 percent silver. Only the most skilled operatives, trained by Reynolds, were allowed to build 753 frames. 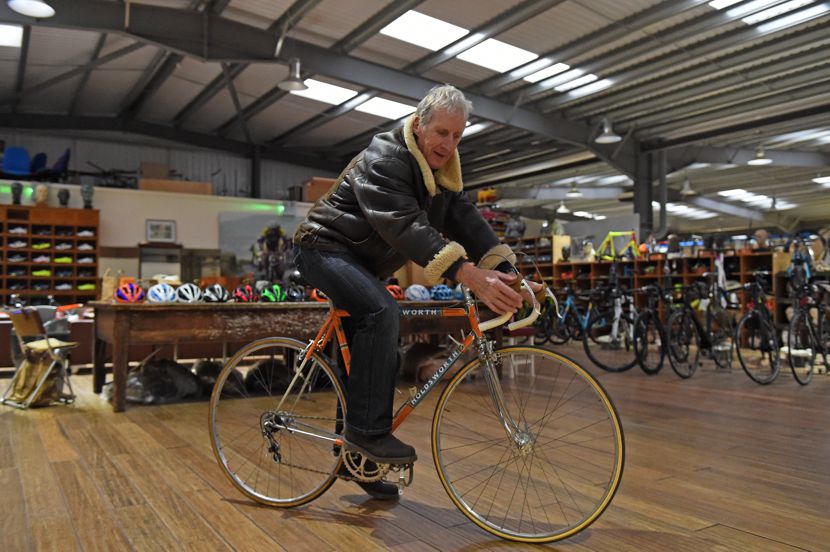 “Both bikes were good to ride, but they were very different to race bikes today,” Lambert says. They look different too, mainly because of the difference of their set up to accomodate riding positions. As Lambert points out; “Modern brake hoods are designed to be held, so riders have their handlebars set much lower than we did. They can get very low with their hands resting comfortably on the brake lever hoods. You could rest your hands on the Campag brake levers on this bike, but not for long, it wasn’t comfortable. They were too small and the wrong shape to hold for long. We still got low, but we rode on the drops to do it. Our bikes tended to have the handlebars up higher, but they were deep handlebars so you could still get low.”

It might be heavier and much less efficient than a modern bike, but this Holdsworth team pro bike is a classic, a gorgeous example of its genre. If you want to see it in real life it will be on show at Eroica Britannia on Saturday June 16th, when the current Holdsworth Pro Racing team will do a talk in one of the show tents. For further details see www.eroicabritannia.co.uk 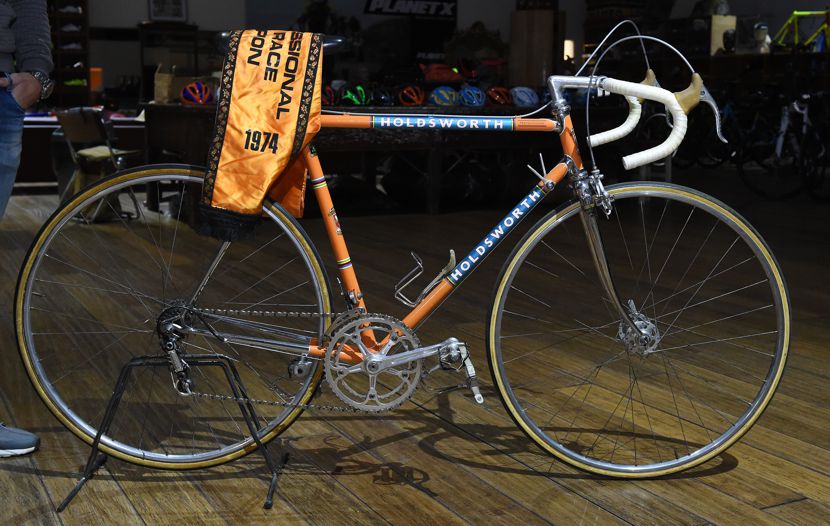