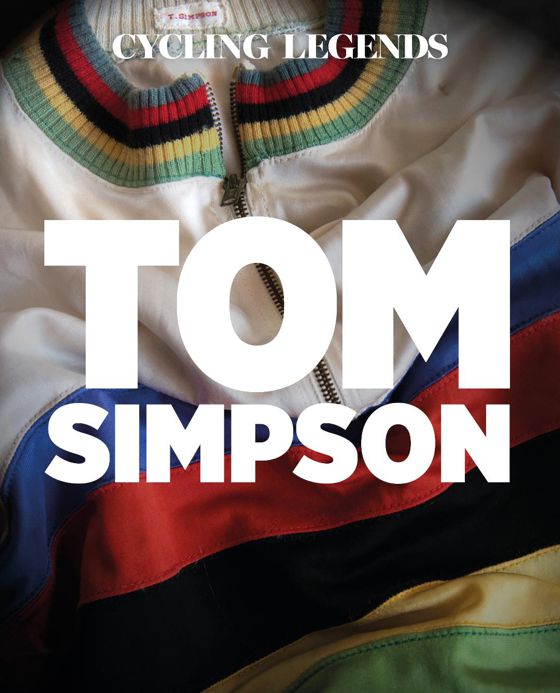 More than 50 years after his death in the 1967 Tour de France, Tom Simpson is still Britain’s best ever single-day race rider. No British cyclist has a better record in the classics and the men’s elite world road race championships than Tom Simpson. He was the first British cyclist to win one of the five races called the monuments. Mark Cavendish is the only other British cyclist to have won one, but where Cavendish hasn’t repeated his 2009 Milan-San Remo victory in any other monument, Simpson won three; the Tour of Flanders, Milan-San Remo and Il Lombardia.

Simpson and Cavendish are the only two British riders ever to have won the men’s elite world road race championships. Simpson also finished in the top five in every classic race but one during his career, and he won Bordeaux-Paris, a race no longer on the calendar but a classic in the 1960s.

In stage races Simpson was Britain’s first ever yellow jersey in the Tour de France. He was the first British rider to win Paris-Nice and he won two stages in the Vuelta a España. His best overall placing in the Tour de France was sixth in 1962, after crashing and breaking a finger when lying third overall with three days to go.

All this was achieved in just seven years, Simpson was only 29 when he died. His career was short but sensational. An Olympic bronze medal two days past his 19th birthday, he is still the only native English speaker to win the Tour of Flanders, which he did at his first attempt and at the age of 23. He was top five in Flanders three years in a row. In 1963 Simpson finished in the top ten in eight classics. He finished in the first ten in the men’s elite world road championships four times out of seven participations, and was ranked number two in world cycling twice behind the great Jacques Anquetil. He was also the first cyclist ever to win the BBC Sports Personality of the Year.

Cycling Legends 01 Tom Simpson is an intimate portrait and a celebration of Tom Simpson’s life told in unprecedented detail by his family, friends, rivals, team-mates and managers. The book is lavishly illustrated with many rare and previously unpublished black and white and coloured photographs that work with the text to tell Tom Simpson’s story in greater detail than it has ever been told before.
Cycling Legends 01 Tom Simpson is the ultimate Simpson biography.
Specification
260 x 210 mm,
152 pages
Perfect bound book printed on top quality uncoated paper