This story is from 2013, when the then 18 year-old 2020 Giro d’Italia winner showed me his favourite training route for a Cycling Weekly ‘Ride with’ feature. I've not changed a word.

He’s all smiles as he rolls towards me up the hill into High Beach. We’re in the heart of Epping Forest, virtually on his doorstep, but he’s been away from it most of this year. “I’ve spent most of 2013 racing in Europe with the GB junior team, but I still love getting out here. I live in Hackney, but right form when I started cycling I headed out here,” he says.

Geoghegan-Hart rides like a teenage Bradley Wiggins, he looks and talks like one too. But first, that name? “Tao is Gallic for Tom, I’m part Irish part Scottish, so my name is a combination of that,” he says. 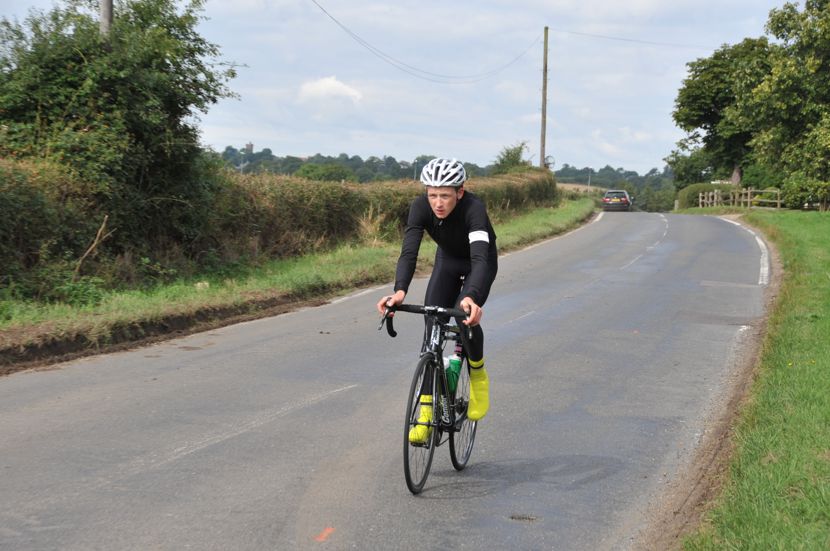 He’s tall and slim; he’s world championship level on the track, but even better on the road. And, like Wiggins, he loves the history and geography of cycling. “I get excited about racing in Europe. I love the history of the races, the spectacle, the fans and the places the races go. Seeing the Tour de France riders in the mountains is what inspired me to start cycling, and it really gets my adrenaline going to think I might be able to do it one day.”

He probably will, but Geoghegan-Hart has to get the next step right, and he knows it. “I’m 18 now, so I move up to under-23 next year. I’m on the Olympic Development Program (ODP) now and I’ve applied to the (BC under-23) Academy, but it’s also deciding what might be the best path for me. Riders like Josh Edmondson have shown that being based in Europe and racing for a team there works well, so I’m hoping to open as many doors as possible and chose which is best. Matt Winston, my coach on ODP is advising me,” he says. 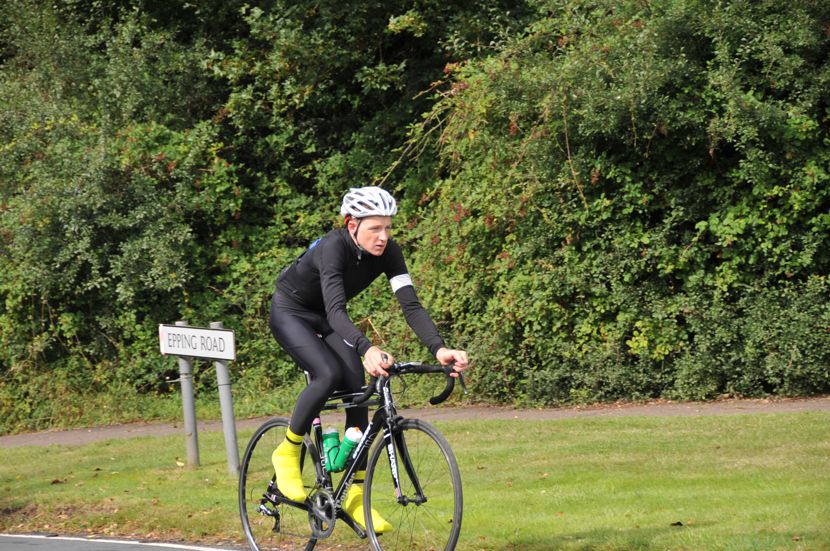 Today’s ride is a regular one. “I like exploring on my bike, and I’ve got lots of routes up here,” Geoghegan-Hart says as he heads through Theydon Bois then over the M11 then M25. Epping Forest is an oasis at London’s back door, but traffic noise still impinges. Now, though, after Geoghegan-Hart puts the up-and-down of Taney Common between him and London, it’s so quiet and peaceful the city might be 100 instead of ten miles away.

“Great isn’t it?” He says, smiling, as he presses on to Toot Hill. “Right from starting cycling if I had two hours I’d come up here,” he continues. Geoghegan-Hart used to swim, “Just club and sometimes county stuff, but I was also part of a team that swum the channel. We used to do two-hour training sessions for it in Dover Harbour.”

Then in his early teens Geoghegan-Hart joined Cycling Club Hackney. “The first race I did was on a grass track. I didn’t know then there was such a thing as grass track racing, I thought they’d been put on special for us. I was last in my first ever road race, on the Hog Hill circuit. I rode a woman’s bike with no top tube, a Specialized Dolce it was. It was the only bike they had small enough for me. I was 14, but then I had a growing spurt,” he says. 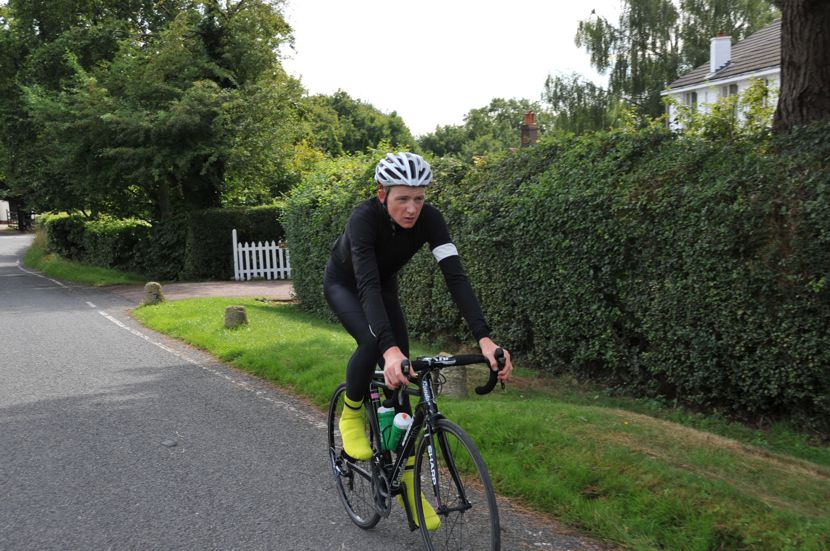 Madison Genesis pro Alex Peters, who rode the Tour of Britain this year, was a Hackney rider then and about the same age as Geoghegan-Hart. The pair teamed up in training and racing, and neither has looked back since.

“This year has been fantastic. Riding with the British team in the best junior races we really work hard for each other. I like to win but I also like working in a team, even leading out sprinters. My strength is as a climber, but leading sprints, putting the sprinter in the right place, that’s another thing that gets my adrenaline going. And the team ride 100 percent for me when I’ve been the protected rider.

“Paris-Roubaix (where Geoghegan-Hart finished third behind Mads Pedersen and Nathan Van Hooydonk) was a great team performance. It fires me up when I see young British riders like Peter Kennaugh riding at the front for Chris Froome in the mountains. I’d love to do that,” he says.

Geoghegan-Hart will get his chance, and maybe more. His generation of young road racers haven’t seen British riders fail. They’ve only seen success, or at least riders they can relate to up there fighting. Riders who at this stage of British cycling history went through exactly the same system Geoghegan-Hart is going through. That creates confidence, and confidence, or even more, a feeling they have a right to win, brings success. 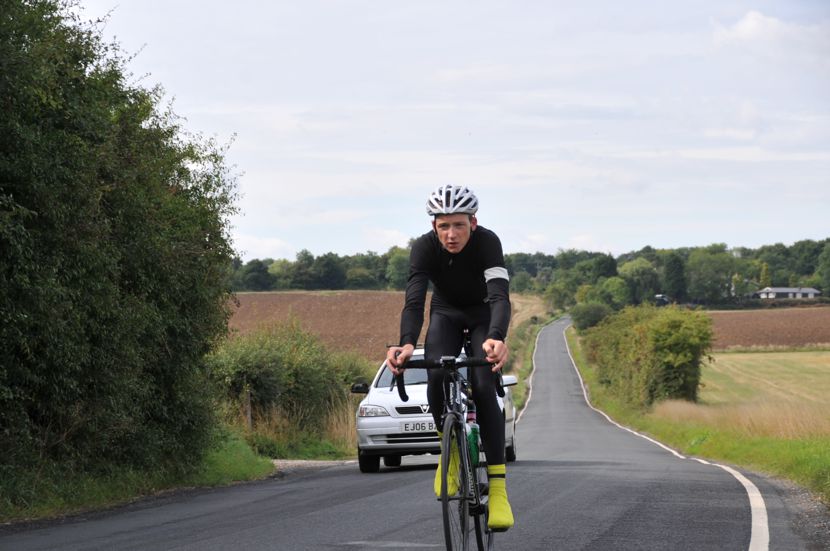 Blackmore is the farthest Geoghegan-Hart needs go today. He’s got the form and just needs to keep tickling it during the run up to the world championships, so he heads for home. But not before a cafe stop in Abridge. “I brought Tom Boonen and the Belgian team here last year when they did the London Surrey Classic,” he says as we sit down.

“They’d been stuck in traffic for four hours getting to London and they needed a ride out. John Cannings from Wiggle knows Boonen so he asked me to take them into Essex.  I didn’t think they’d want to go far but we did a fairly long ride. Then when we got here and needed to pay, the Belgians only had Euros, and I’d only brought enough money for my coffee. Luckily the owner knows about cycling because Cav and Alex Dowsett come in here. He let us off, but I think somebody sent some money over for him later that day.”

Geoghegan-Hart is going to Belgium this weekend. “I’m going with John Barclay to do some UCI races. He was a big mentor for me for a couple of years, as he has been for lots of Essex riders. Alan Roesner, who died recently, was too. They helped me a lot and are part of the reason I’ve got this amazing opportunity now,” he says.

Tao Goeghegan-Hart and a likeable, friendly young man, modest too, but very talented. I think we’ll be reading and writing a lot more about him in years to come. 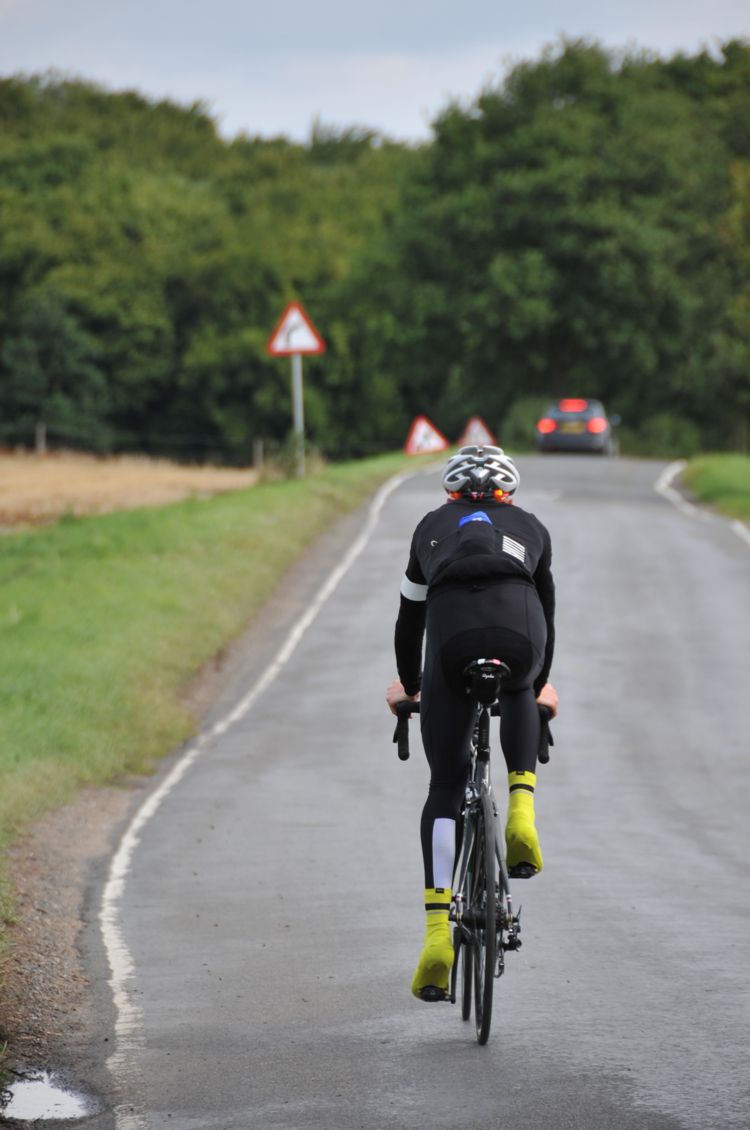