Rudi Altig was one of the best riders of his generation; a multi-world champion, classics and Grand Tour winner in the 1960s, who passed away two years ago.

Writing last week about how he destroyed Jacques Anquetil during the 1962 Baracchi Trophy brought to mind Rudi Altig’s brilliant career. He was a powerful character with a powerful physique, and the first German to win many of the world’s biggest races.

Born in Mannheim in 1937 Altig became interested in cycling after his older brother, Willi started racing. Both Altig brothers were strong, both naturals, and omnium and Madison wins in Schopp, Mannheim, Freisenheim, Hassloch, Saarbrucken and Darmstadt, brought Rudi to national attention.

He wanted to be a sprinter because he’d grown up reading about sprinters like Reg Harris, Arie Van Vliet, Oscar Plattner and Enzo Sacchi, who in the late forties and 1950s were the aristocrats of track cycling. Altig won the German amateur sprint title in 1957 and 1958, but sprinting wasn’t where his coach Karl Ziegler saw Altig winning world titles.

Altig was fast, but not fast enough to beat the world’s best sprinters. However, his speed combined with his natural strength made Altig perfect for the pursuit. Ziegler convinced him to train for the event, with glorious results; Altig won the world amateur pursuit title in 1959, then the pro titles in 1960 and 1961. By then, though, he’d met somebody else who had bigger plans for him. 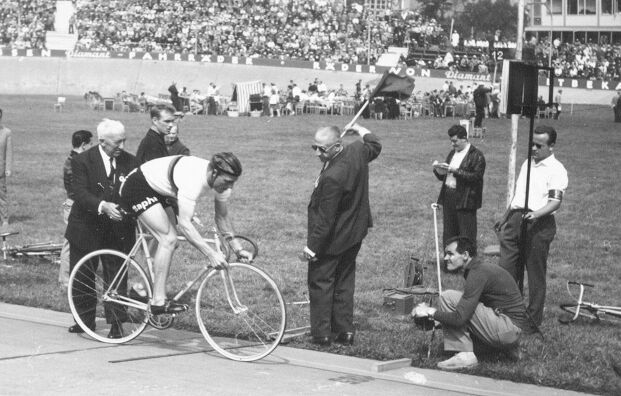 On his way to a world professional pursuit title

Altig turned professional with the aim of getting into the lucrative world of six-day racing, and he did, winning 22 ‘sixes’ during his career, but by then he was drawing crowds to six-day races because of his big road race wins.

His first pro team was Rapha-Gitane-Dunlop team, and Altig did road races as training for the track, but then Raphael Geminiani spotted him. Geminiani had been a great rider, and was a top directeur sportif in the 1960s. He signed Altig for his St Raphael team in 1962 and pushed him towards thinking big on the road. “Rudi was very fast and he was so strong, but he was doubtful about doing bigger road races until I told him that if he won some of them his contract fee for the six-days would double. That did the trick,” Geminiani says. 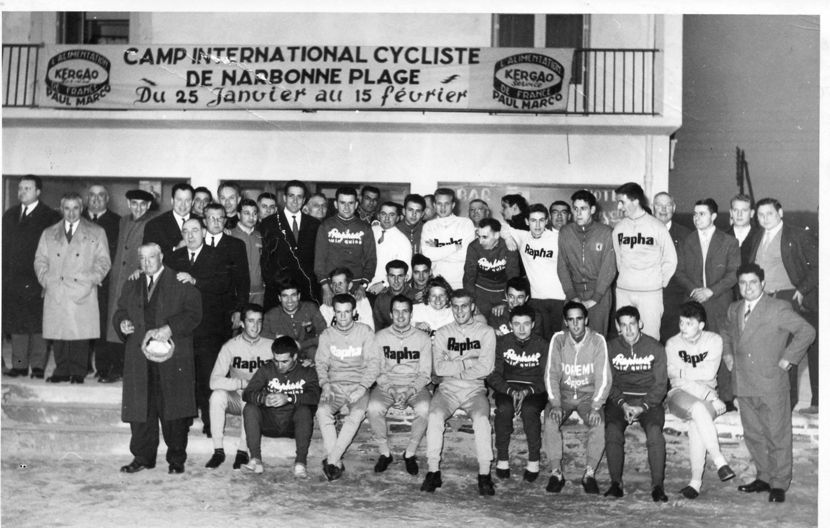 Altig’s conversion was sensational. In 1962, his first year on a full road programme; well, almost full, Altig never rode Il Lombardia because it clashed with the start of the winter six-day season, he won the Vuelta a España overall as well as three stages. He then spent three days in the Tour de France yellow jersey and won the green jersey outright.

Two huge sporting achievements, but done with Altig’s trade mark light touch. He had a great sense of humour and a sense of fun, getting up to all sorts of tricks in and outside races. It made him very popular with journalists and with photographers, as well as with fans. 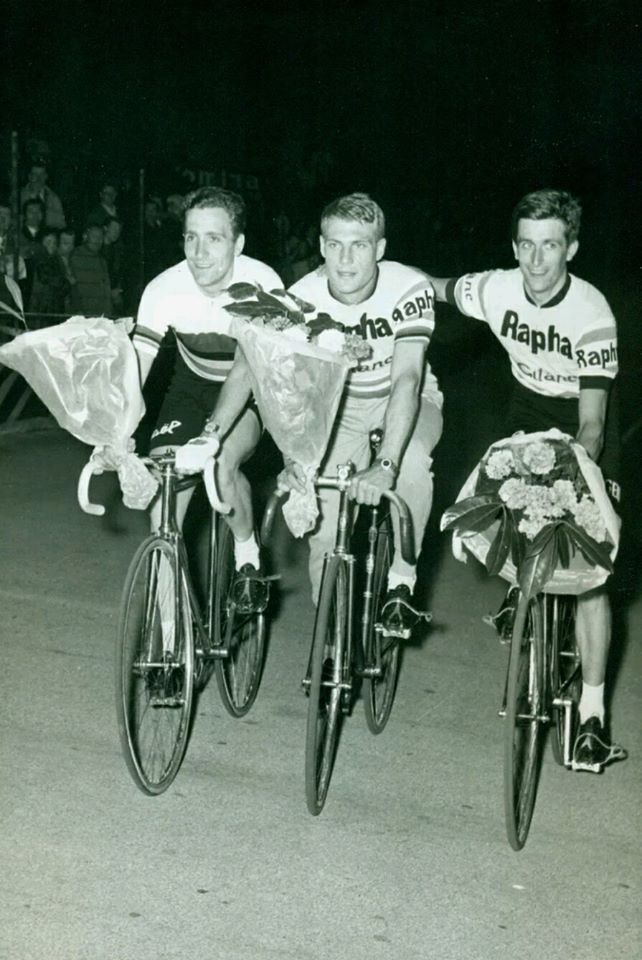 Altig rode for the same team as Jacques Anquetil in 1962, and at first they got on well but after Altig won the Vuelta, Anquetil saw him as a threat. Anquetil could be irrational and more than a little paranoid. The 1962 Baracchi Trophy, which Altig and Anquetil won but the German humiliated his French team mate with his show of strength, confirmed to Anquetil that Altig wasn’t to be trusted.

Things weren’t good between them the following year, and Altig left St Raphael as soon as his contract was up at the end of 1964, but after winning the Tour of Flanders that year by four minutes with a 60-kilometre lone break. He hit bad luck in 1965 when he fractured his hip, which required complicated surgery and a long period of rehabilitation. Altig was still on crutches at the start of the Tour de France, but came back to feature in the two-man break that decided the world pro road race championships. His co-escapee was Britain’s Tom Simpson.

Simpson won that race, with Altig winning the world title the following year. They were arguably the best two single-day racers in the world at the time. Rik Van Looy was a little past his best, and Eddy Merckx and Walter Godefroot had only just turned pro. 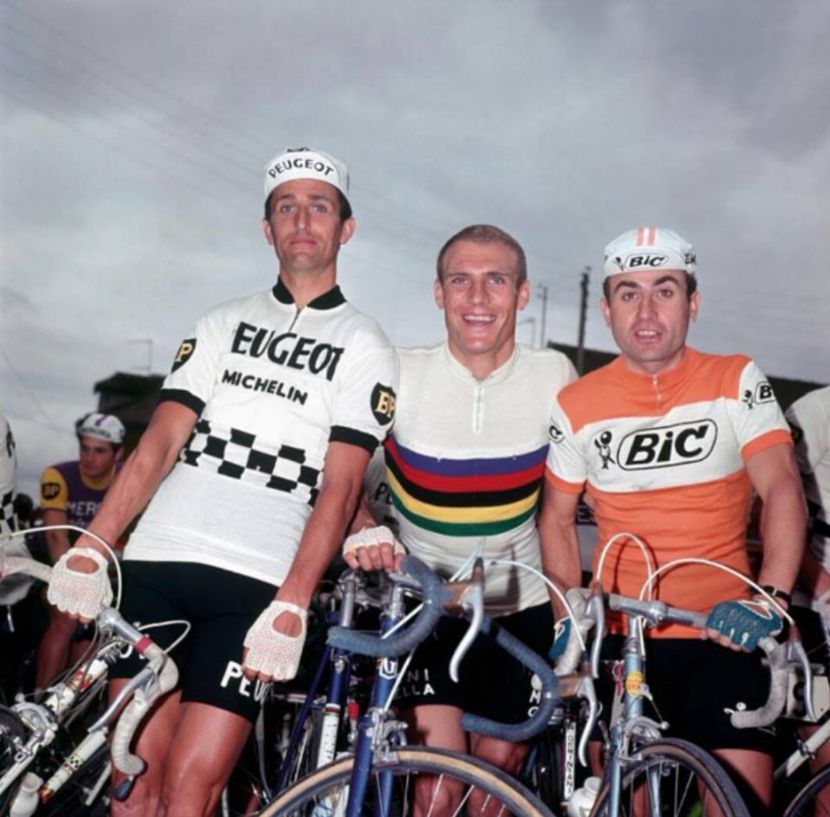 Altig in his rainbow jersey with Tom Simpson

Simpson and Altig had the same sense humour and they became friends. They also befriended the young winner of the 1965 Tour de France, Felice Gimondi, and the three of them planned to race together for the Salvarani team in 1968. Simpson’s death in the 1967 Tour de France prevented the trio being together, but Gimondi had a powerful ally in his German team mate.

Shortly after Altig died in 2016, Gimondi reflected on their time as team mates; “He was born in 1937, I am of 1942. That’s why my memories of him as a rider belong to the early part of my career. He won the first world championship I took part in as a pro, at the Nurburgring in 1966, clinching the title he had just missed the year before, denied by Tommy Simpson. Simpson and Altig were equal in age, but Tommy did not have the chance to grow old with us. We never forgot the day he died on Mont Ventoux, Rudi and I. 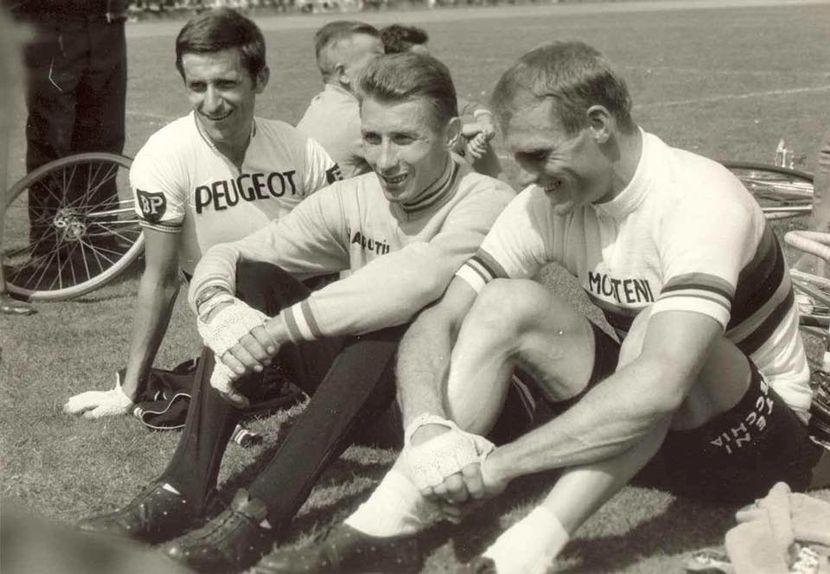 Simpson, Altig and Anquetil in 1967 a few weeks before Simpson's death

“Rudi was my team-mate at Salvarani in 1968 when he won Milano-San Remo, and he was with me on one of the toughest days in my career that same year, when Merckx battered us all on the Tre Cime di Lavaredo climb on the way to winning his first Giro d’Italia. I finished over six minutes behind. I was in tears, but Rudi was with me, and I could tell he was sharing my pain.

“Even when our careers took different directions my bond with Altig remained stronger than with most of the other riders, Italian or not. Rudi was a pleasant and fun person, and above all a loyal and generous man. I always felt happy for all of his success.” 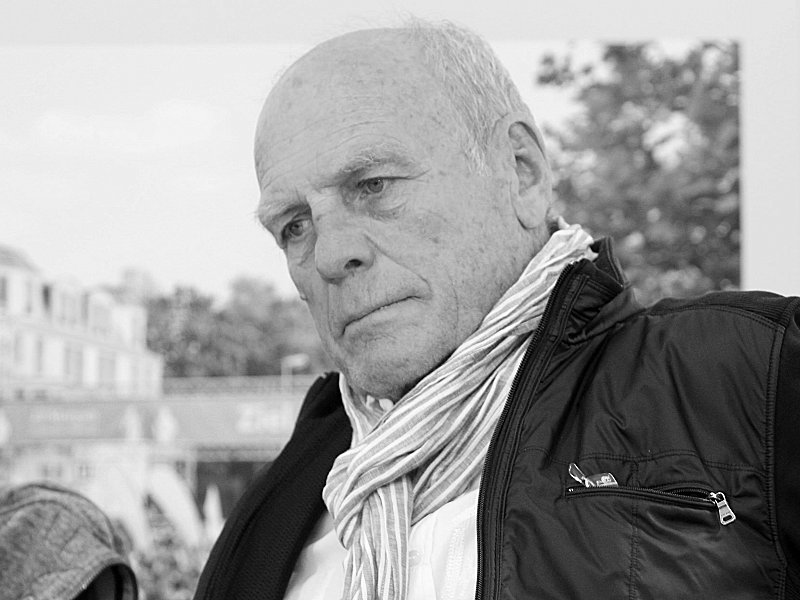