With the Ghent Six-Day, or Zesdaagse Vlaandren-Gent as it’s called now, coming up next week here’s a quick skip through the history of the legendary track it’s held on.

It was called the Sportspaleis, now it’s the Citadelpark Velodrome, but everybody knows it as ‘t Kuipke, which is what Ghent people (Gentenaars) call the ageing wooden track inside. It’s Flemish, Ghent was the capital of a former independent state, the County of Flanders. ‘T is short for ‘het’, the Flemish word for ‘the’, while ‘kuip’ means bowl and ‘ke’ on the end makes it diminutive, so Kuipke is a tiny bowl. A perfect description of the crazy-steep 167-metre track at the heart of the Citadelpark Velodrome. 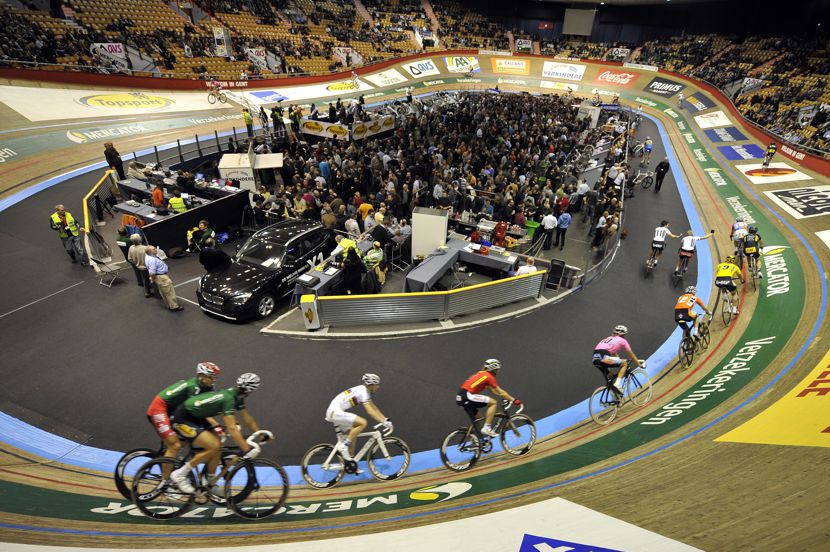 There’s been an indoor track in the Citadelpark since 1922. The first was erected and dismantled each year for the six-day in an exhibition space called the Floraliapaleis. Then in 1927 the track found a permanent home in a new custom-built stadium called the Sportspaleis. Only two six-days were held there during the 1930s, but after the Second World War it became the hub of winter cycling in Ghent.

Accredited riders could train on the tack, the former Belgian PM and current MEP Guy Verhofstadt did when he was a student at the University of Ghent. Races for amateurs were held there every winter Wednesday, with places in big meetings at the weekend on offer for those who showed talent. There was plenty of pro racing outside the six-day too, including an Armistice Day meeting and one held on Christmas Day called the Night of the Stars. The best riders were contracted for them, and they became so popular the doors had to close two hours before the start because so many people wanted to get in. 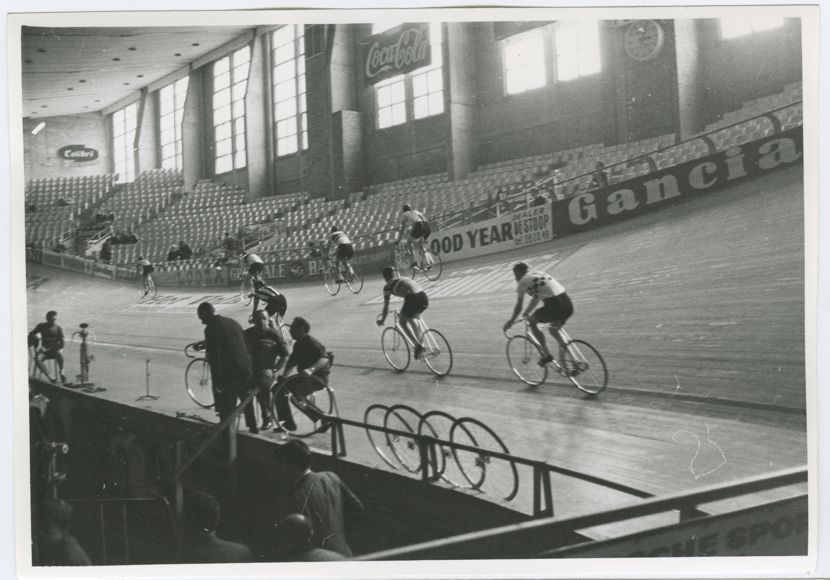 Flanders finish
In one of those ‘you wouldn’t believe it but it is true’ stories that litter cycling, the Kuipke hosted the finish of Tour of Flanders between 1942 and 1944. Shortly before he died in 2004 the 1942 Flanders winner, Briek Schotte told me how the rider got onto the track; “Part of the banking near the big doors was removed. We rode in, then up onto the track on some loose planks. It was really tricky, because as well as the loose planks you had to turn sharp right to get into the track. It meant there was never a sprint inside, the first man through those doors always won.” 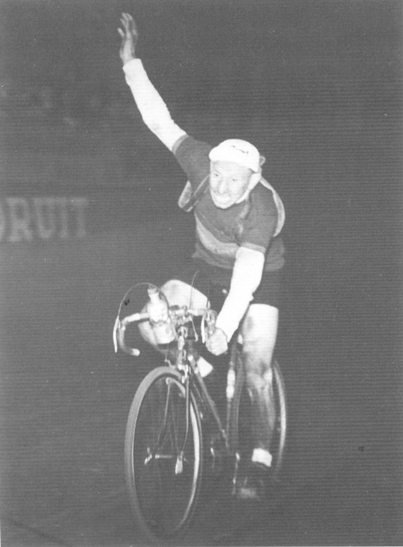 Schotte winning 1942 Tour of Flanders on the Kuipke.

But the Kuipke you see now isn’t the track Schotte is talking about, neither is the building the same one.  The original Sportspaleis burned down on November 12th 1962, just before the start of the Ghent Six-Day. It took track director Oscar Daemers three years to build a new one, and when it opened in 1965 Eddy Merckx and Patrick Sercu won the first six-day held on it, narrowly beating Tom Simpson and Peter Post. 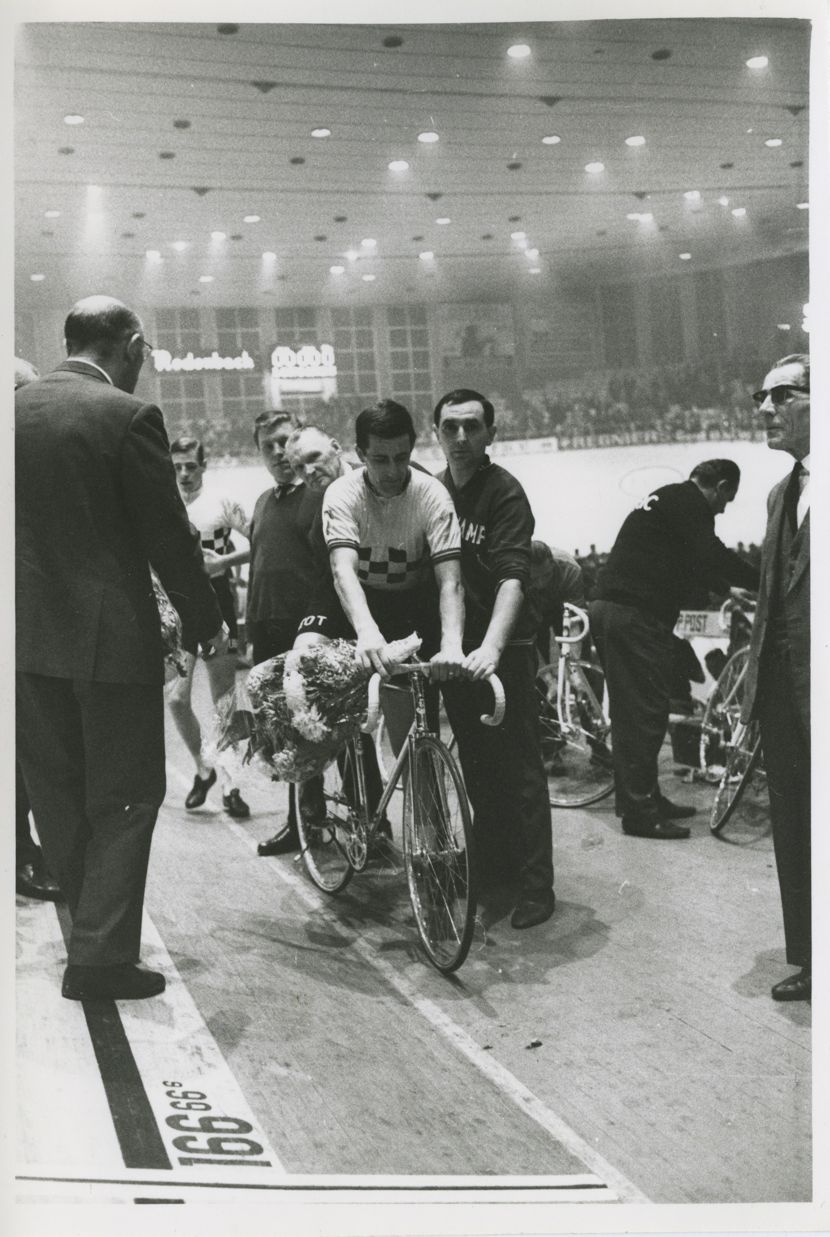 The Kuipke has a special place in the hearts of British bike fans, and thousands make the annual beery pilgrimage to watch the Ghent Six-Day. Tony Doyle was the first British rider to win the race in 1986, then he won again in 1991. Bradley Wiggins was next, winning the Ghent Six for the first time in 2003 with Matthew Gilmore. 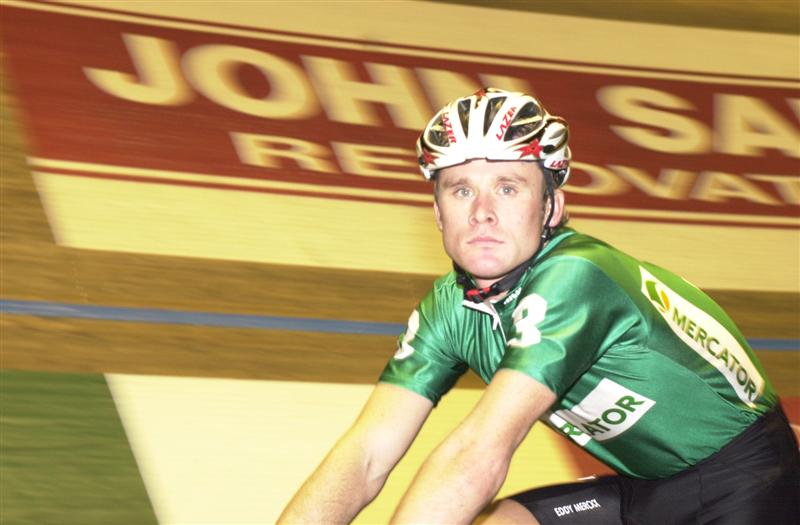 That was an emotional occasion. Wiggins and Gilmore were both born in Ghent, and both are sons of Australian six-day racers. Matthew’s father Graeme won 12 six days including two in Ghent, while Gary Wiggins won one. Matthew started his cycling career racing for Australia, but took up his birth nationality in 1998. Gilmore won the Madison silver medal for Belgium with Etienne De Wilde in the 2000 Olympic Games, as well as a total of 18 six-day races during his career.

The cherry on the Kuipke cake for British cycling fans came in 2016 when the now Sir Bradley Wiggins ended his glorious career by winning Ghent Six-Day paired with his long-time brother-in-arms Mark Cavendish. That was very special, and the Kuipke will always have a special place in British cycling history. 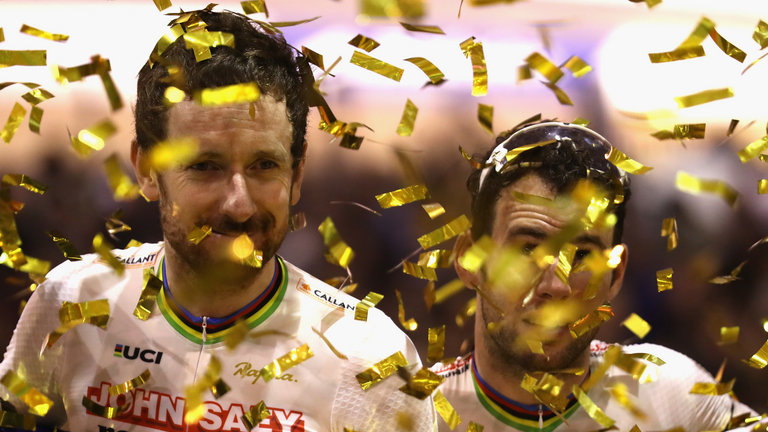